Lampard urges Hudson-Odoi to seize his chance at Chelsea

Frank Lampard has challenged Callum Hudson-Odoi to prove his worth for Chelsea when he gets a rare first-team start in Wednesday's League Cup clash against Barnsley.

The Blues boss has confirmed the England winger will make just his second start since February 1 in the match at Stamford Bridge.

The 19-year-old shot to prominence with both Chelsea and England after making his debut for the club in 2018, but a ruptured Achilles tendon last year slowed his progress.

Hudson-Odoi has long since shaken off that issue but continues to battle for regular football and Lampard said it "remains to be seen" whether he could be loaned out before the transfer window closes on October 5.

The Chelsea boss said the winger must seize his opportunities while other players were unavailable.

"At the moment we have Christian Pulisic injured, Hakim Ziyech injured. We played Timo Werner out wide against Liverpool," he said. "But the absolute natural winger who is fit at the minute is Callum.

"He has to show in every minute, on and off the ball, what he can do for the team and that's the position Callum is in at the minute.

"He's had an early breakthrough in his career because of his talent, he's had an injury and now I want to see him flourish again."

Bayern Munich are reportedly keen to sign Hudson-Odoi on loan and Lampard, who has been busy in the transfer market, has not ruled out departures.

Asked if Rudiger or Hudson-Odoi could leave, even on loan, in current transfer window, Lampard said: "I'm going to skirt around that question; it remains to be seen."

"My priority will always be making sure I maintain and keep the strongest squad I can for this club but after that of course, the individual conversations will happen within that," he added.

"I will try and make sure I go into the season, once the window shuts, with the squad that I feel is healthy and competitive in a healthy way." 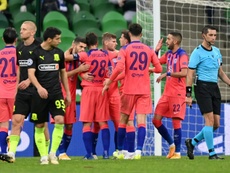 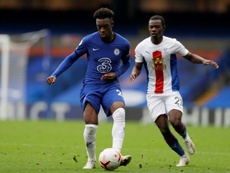 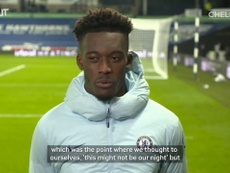 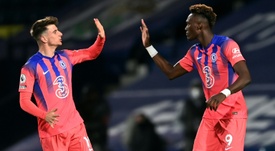