Arsenal have got 1 foot in the next round draw after getting the crucial away goal win ahead of the 2nd leg in London next week.

However, it was far from comfortable, and the hosts will be wondering how they never got anything from the match. Valbuena had the first chance of the match when he volleyed from outside the box. Leno parried and the ball somehow escaped the Olympiacos players that were waiting to pounce. A couple of minutes later, Masouras spurned another effort when he headed over the bar from yards out.

Arsenal then had a chance of their own when Lacazette missed a sitter in the 20th minute. Martinelli cut it back at the byline and from around 7 yards out the Frenchman shot wide. Both sides had a few chances here and there but they went in at the break level.

In the 63rd minute, Arsenal were claiming for a penalty when the ball appeared to hit the Olympiacos defender's arm from Lacazette's header. 10 minutes later, the hosts then missed another great chance when Ba headed straight at Leno from Valbuena's free-kick.

In the final 10 minutes, just when nit looked like it was going to be a stalemate, Arsenal won the game. Aubameyang played the ball to Saka who crossed it in along the ground for Lacazette who was waiting to pounce to make it 1-0.

It could have been two moments later when Sá saved from Aubameyang and Sokratis headed off the bar but it remained 1-0 and it leaves the Gunners in the ascendency. 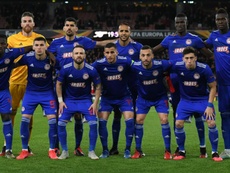 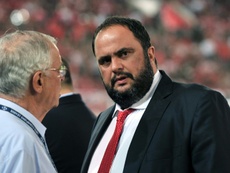 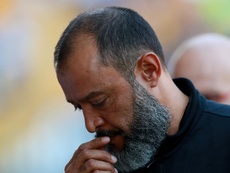 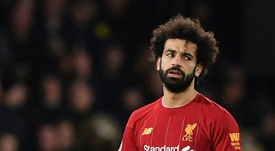