PSG want to renew their two big stars, Neymar and Kylian Mbappe, but the effects of the pandemic seem to have also affected the French side. 'L'Equipe' says that the Parisians are not capable of doinh that and they may end up selling the Brazilian so that they can keep the French youngster.

PSG spent almost all their money on Neymar and Kylian Mbappe a while back. Keeping hold of both of them has been a headache, but they need both of them. But they may well have to choose between the two later on.

That is what 'L'Equipe says this week as the Parisians think about renewing their two star players. Their first preference is to extend the contracts of both of them, but the French paper reports that will not be possible.

This means the PSG board will have to choose between the two and everything seems to suggest that they will go for Kylian Mbappe. If this happens, Neymar could well be on his way out.

The number '10', whose contract expires on 30th June 2022, earns a whopping 24 million euros. Talks to extend his contract have begun, but the Brazilian and his agents want more money, something which the club are not willing to accept this year with the pandemic.

However, PSG are going to do everything possible to keep Kylian Mbappe. They have received several exciting offers which they have turned down. His contract also runs out in 0222, but he is not certain over whether he wants to stay in Paris, especially with Real Madrid and Liverpool calling.

Mbappe's issue is more a personal choice rather than a money issue because all of Leonardo's attempts to keep him have failed so far. The club will keep on trying though and even offer him a much improved contract so that he does not leave.

As the club also have the FFP in mind, PSG are thinking of selling Neymar if they cannot renew him. That would allow them to spend even more money on Mbappe. 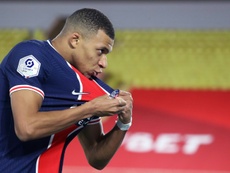 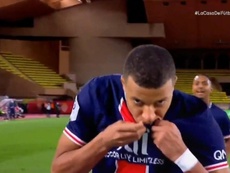 Mbappé and his love for PSG: kiss of the badge and... message to Madrid? 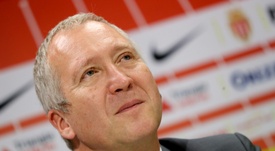