Kubo could be rewarded with new Real Madrid contract

BeSoccer 1 month ago 2.1k
Kubo's (R) first game at the Bernabeu could see him be rewarded. EFE
Takefusa Kubo played for the first time at the Santiago Bernabeu. He did so at Mallorca at despite the fact his team lost 6-1, that match could see him be rewarded. According to 'El Larguero' on 'Cadena SER', Real Madrid, his parent club, are thinking of renewing his contract.
End
Matchday 6
Real Madrid

In summer 2019, Real Madrid signed Takefusa Kubo. He came through the La Masia academy at Barca and Madrid detected the Japonese's talent. That saw him move to the Santiago Bernabeu.

Despite the fact he is still young and has still not had the opportunity to make his debut in a competitive game for Real Madrid, 'Los Blancos' think he has a long term future at the club. Therefore, 'El Larguero' says that they are thinking of renewing him.

This season, Kubo is on loan at Mallorca. This Wednesday, he played at the Bernabeu for the first time, although this time on the opposition side. Real Madrid, his parent club, did not take their eyes off him.

Madrid were so happy with what they saw of Kubo in that match that they are now thinking of renewing his contract. And that is despite his current deal running until 2024, but Madrid want him to be at the club for more time than that.

And Kubo would be delighted with that. Last summer, the previously cited source says that the Japanese had the opportunity to move to other European clubs, but he preferred to stay at Real Madrid and move elsewhere on loan. He saw a loan deal at Mallorca as the perfect place to grow.

At Real Madrid they are awaiting his return. Kubo is getting the game time needed to do great things in La Liga. Real Madrid are in no doubt that he has a lot to offer them. 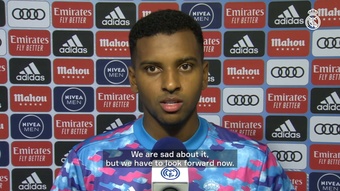 Real Madrid or Wales? Bale has a decision to make 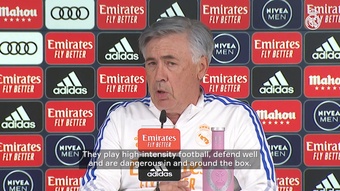 VIDEO: 'I have a very creative group of players' - Ancelotti 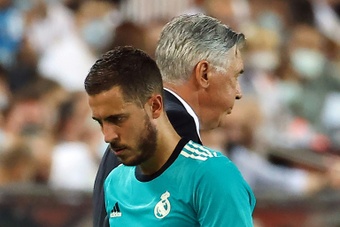