Bayern Munich's under-fire coach Niko Kovac is urging his side to take their Champions League frustrations out on Sunday's opponents Mainz to stay ahead in the Bundesliga title race.

Bayern are smarting from Wednesday's Champions League exit when Jurgen Klopp's Liverpool earned a 3-1 win at the Allianz Arena to dump the Bavarians out of the last-16 with an aggregate defeat by the same margin. It is the first time in seven seasons that Bayern have failed to make the quarter-finals in Europe.

Their priority now is winning a seventh consecutive league title and the German Cup, with a home quarter-final against second-division Heidenheim on April 3.

"We want to win the two remaining competitions," said Kovac, who expects Bayern to "turn the disappointment into many wins" starting with Mainz at home.

Kovac has come in for criticism from the German media since the Liverpool defeat, partly fuelled by striker Robert Lewandowski and defender Mats Hummels complaining that Bayern played too defensively.

"There was nothing negative, if Lewy felt that way, it's okay, it was nothing against me," said Kovac. "The approach was the same as against Gladbach and Wolfsburg, when we scored 11 goals (in 5-1 and 6-0 victories). The stats showed we had more possession (against Liverpool), but we couldn't do the right thing with it, because the opponent was better overall."

Bayern started the weekend top of the Bundesliga on goal difference from second-placed Dortmund, who are at Hertha Berlin on Saturday night. Kovac's side have eroded Dortmund's lead to nothing by winning 12 of their last 13 league games.

"At one point we were 10 points behind, we have caught up with them and we can't afford to give anymore points away," said Kovac, who expects Mainz to try and catch them cold. "They know we have gone out (of the Champions League), but we have to break their resistance, no matter how."

Kovac is waiting on the fitness of Javi Martinez, who was injured in a training ground collision with Hummels on Friday. With nine league games left to secure another Bundesliga title, Bayern captain Manuel Neuer has warned his side not to let standards slip, after losing two of their last three games last season following a semi-final defeat to Real Madrid in the Champions League.

"We have to try not to fall in a hole, as happened last year after the semi-final," said Neuer, who was at fault for Liverpool's first goal on Wednesday. 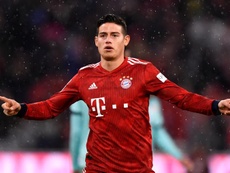 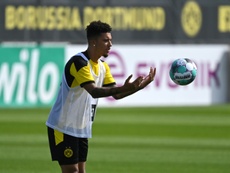 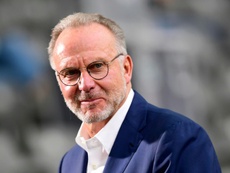 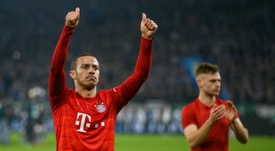