No wins from five games is a poor start to the Vincent Kompany era at Anderlecht and he suffered an injury in Friday's 1-0 loss at Genk.

Vincent Kompany was substituted after suffering an injury on Friday as Anderlecht lost again.

The former Manchester City captain saw his role as player-manager for his first professional club change this week.

It was confirmed Kompany will now act as captain on matchdays with first-team coach Simon Davies in charge of tactics.

But after Anderlecht took two points from their first four games, the switch failed to yield an immediate improvement at Genk on Friday.

Mbwana Samatta scored the only goal of the game to earn last season's Belgian champions a narrow 1-0 victory.

And to make matters worse for Kompany, the Belgium centre-back limped off with 15 minutes to go after seemingly suffering a muscle injury.

Kompany is due to play in his City testimonial on September 11, but his participation in that game may now be in doubt. 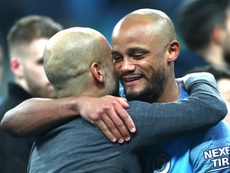 Guardiola: I tried to convince Kompany to stay 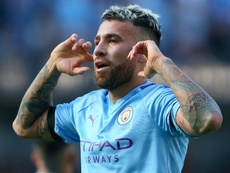 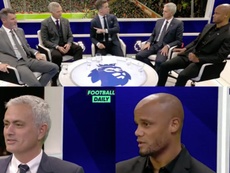 "You didn't thank me when I gave you the Premier League" 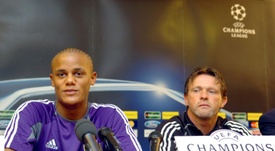