Koeman once again asks for Wijnaldum

The financial situation affected Barcelona's summer. They were unable to meet Ronald Koeman's transfer requests. One of the players on his list was Giorginio Wijnaldum, who the Dutch coach has not forgotten about. In fact, the 'Mirror' says that he has once again asked the board for his signing.

Ronald Koeman is clear on what he wants. He had his plan for the squad he wanted with the players he was after, but he was unable to sign everyone he was interested in. Barca's financial problems meant they were only able to get Sergino Dest.

Players like Memphis Depay and Eric Garcia were not signed despite the Barca board negotiating with the players' clubs until the last moment. Koeman was also unable to get Georginio Wijnaldum.

In an interview with the Dutch television channel 'NOS', the Barca coached admitted that he wanted the Liverpool midfielder. "He was on my list," his former national team coach said. Koeman cannot get Wijnaldum out of his head.

According to the 'Mirror' this Monday, Ronald Koeman has once again asked the Barca board for Wijnaldum in the January transfer window. This is despite the player's contract expiring on 30th June 2021.

The Catalans will be able to negotiate with him from January if he does not a pen a new Liverpool deal by then. However, the Barca boss wants to count on the player for the second half of this campaign. That is providing the club can afford him. 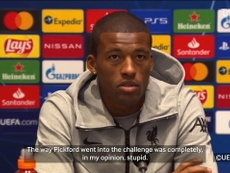 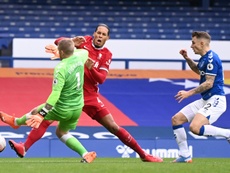 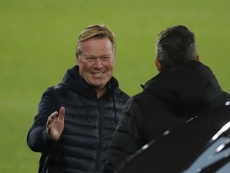 "The Barca players were very unhappy, but Messi was the priority" 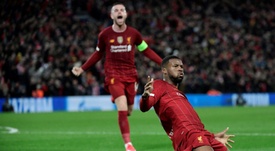 Wijnaldum tight lipped: "I can't say anything about Barca"