"I forgot how big Liverpool's lead was in Premier League"

Liverpool are flying atop the Premier League, but manager Jurgen Klopp forgot how big their lead was.

Jurgen Klopp revealed he forgot how big Liverpool's lead atop the Premier League was ahead of their win over Wolves on Thursday.

But Klopp said his side's busy schedule meant he needed reminding just how big their advantage was in the lead up to the clash.

"When was the pressure higher on us, this year or last year? Human beings are like this. I don't think about it," the Liverpool manager told a news conference.

"I had to ask exactly how many points clear we are, that's the truth. I really forgot it in the week, with the number of games, I didn't think about it.

"I know we lost Sadio Mane [to a hamstring injury], that's what I think about, that's the pressure I have. All the rest is not pressure.

Liverpool were tested by Wolves, who drew level in the second half as Raul Jimenez cancelled out Jordan Henderson's eighth-minute opener.

But Firmino's late goal saw Liverpool to a 22nd win in 23 league games and Klopp lauded his side's response.

"We don't go for perfection, we go for a perfect reaction if possible, that's what we try to do, that we really fight back in difficult situations in the game," he said.

"That's what the boys did again and so, we won the game, which is really unbelievable."

Liverpool visit Shrewsbury Town in the FA Cup fourth round on Sunday. 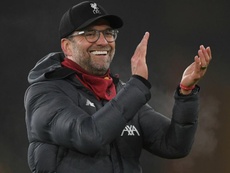 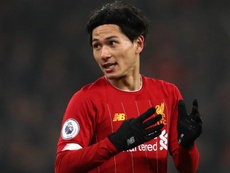 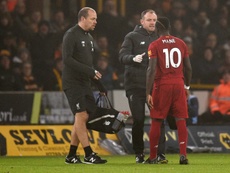 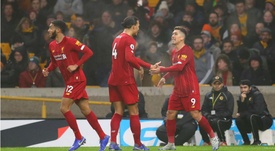