Jose Mourinho commented on Jurgen Klopp's new deal and confirmed an injury setback for Erik Lamela ahead of Tottenham's game against Wolves.

Klopp inked a new deal tying him to the Reds until 2024, adding two years to his existing contract.

The German masterminded Liverpool's victory over Tottenham in last season's Champions League final and has guided the Reds to an eight-point advantage atop the Premier League this term.

Mourinho praised Klopp's talents and said his presence in English football was good for the game.

"First of all, it means they are all happy," Mourinho told a news conference. "He's happy; if not, he doesn't sign. They're happy; if not, they don't give him new contract.

"Great news obviously for Liverpool fans, because they love him, for the players, because it looks clear that they like each other and their relationship is very good, and good news for the Premier League.

"We want to have the best players and the best coaches, and he's one of the best, so I think only positive news."

Mourinho was speaking ahead of Sunday's trip to sixth-placed Wolves.

Spurs will be without Erik Lamela, who has suffered a setback in his recovery from a hamstring injury and faces another two months on the sidelines.

Tanguy Ndombele will miss out because of a groin problem, but Harry Winks is back in training after overcoming an ankle issue.

Mourinho's men will be looking to bounce back from a 3-1 Champions League loss to Bayern Munich as they seek to stay in touch with the top four.

"We know where we belong," said the Portuguese, who has overseen three wins and a defeat in the Premier League since taking charge in north London".

"Of course, we don't belong to the second part of the table, where we were. We don't even belong to position seven or eight, where we are the moment".

"We know where we belong and we believe, at the end of the season, we are going to be there".

"But if you can accelerate the process and get results that put you sooner rather than later in these positions, obviously this is the best that can happen to us. We need a bit of time". 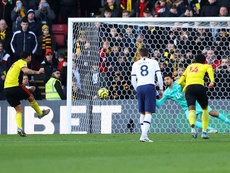 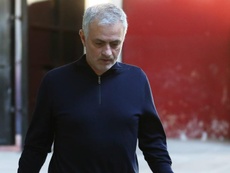 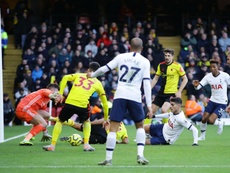 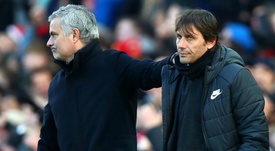 Fernandes and Eriksen on the bench for Spurs at Watford