Michy Batshuayi thought he had secured a 13th consecutive win for Belgium, but Ivory Coast's Franck Kessie had other ideas.

Belgium's 12-game winning streak came to an end as Franck Kessie's late penalty secured a 1-1 draw for Ivory Coast at the King Baudouin Stadium in Brussels on Thursday.

Red Devils boss Roberto Martinez shuffled his pack ahead of the Nations League double header against England and Iceland, opting not to start the likes of Kevin De Bruyne, Eden Hazard and Romelu Lukaku. The much-changed starting XI struggled against Patrice Beaumelle's side in the first half but they forged ahead early in the second courtesy of Michy Batshuayi's 19th international goal.

They were denied yet another win three minutes from time, though, with Kessie clipping home from 12 yards after Wilfried Zaha had been brought down inside the area. Belgium were more dangerous in the opening exchanges, with Brighton and Hove Albion forward Leandro Trossard looking particularly sharp on his first international start.

Chances were few and far between during a tepid opening 45 minutes, with Batshuayi's blocked shot from Trossard's pullback the closest either side came to taking the lead. The on-loan Crystal Palace striker was not to be denied eight minutes after the restart, slotting home from close range after his initial effort from Alexis Saelemaekers' cross had been kept out by Sylvain Gbohouo.

Substitute goalkeeper Hendrik van Crombrugge was called into action soon after, though, keeping out Nicolas Pepe's close-range effort from Zaha's cross. Zaha was instrumental to his side's late equaliser, teasing a foul out of substitute Sebastiaan Bornauw inside the area to give Kessie the opportunity to nonchalantly lift the ball into Van Crombrugge's top-right corner and ensure the game ended all square.

What does it mean? Understudies' lack of experience proves costly

Belgium's second-string had acquitted themselves admirably for 87 minutes and looked set to extend their winning streak to a lucky 13. Bornauw - just 10 minutes into his international debut - endured a moment to forget, though. Watching from the sidelines, the Red Devils' elder statesmen will have shaken their heads disapprovingly.

Batshuayi leads from the front

Batshuayi certainly lived up to his status as one of the starting XI's most experienced players. The 27-year-old was a handful for Ivory Coast's defence throughout and had five shots on goal, four more than any other Belgium player.

Doku fails to make his mark

On just his second start for the national team, Jeremy Doku struggled to make an impact. The 18-year-old failed to have a shot and completed just 18 passes before he was hauled off for Divock Origi with more than 20 minutes remaining.

Belgium take on England at Wembley on Sunday before travelling to Iceland three days later, while Ivory Coast face another friendly clash with Japan in the Netherlands on Tuesday. 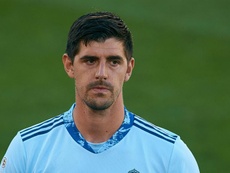 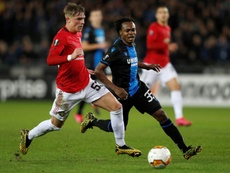 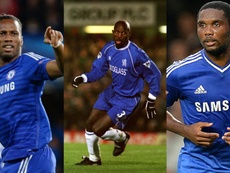 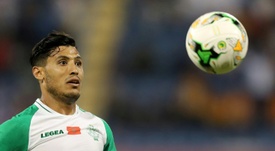