The MIDFIELDER J. Fernándes could free to Beşiktaş

The MIDFIELDER J. Fernándes could free to İstanbul Başakşehir

After two full seasons at Alanyaspor, Junior Fernandes said goodbye to the Turkish side after his deal ended. Now, a free agent, he is looking for a new team.

And it doesn't seem that the Chilean LW is even going to have to leave Turkey. According to 'CDF', the veteran 32 year old forward reportedly already has two juicy offers in his hands.

According to the aforementioned source, the Chilean international is reportedly on the radar of Istanbul Basaksehir and Besiktas, Turkish representants in the Champions League, two attractive offers for the player.

In the present and unusual season, Junior played 38 official matches with Alanyaspor, starting 29 of them, in which he has been able to score 12 goals and get 7 assists.

The MIDFIELDER J. Fernándes could free to Beşiktaş

The MIDFIELDER J. Fernándes could free to İstanbul Başakşehir 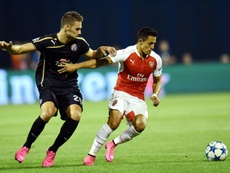 Giroud off as Arsenal stunned in Zagreb 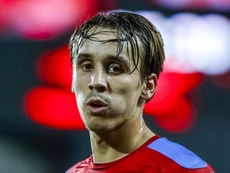 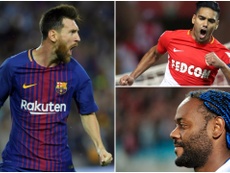 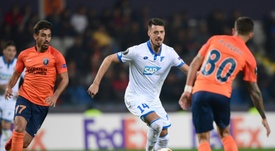