Monaco had to hold on for a 2-1 Ligue 1 win against Bordeaux after Danijel Subasic's error, but Leonardo Jardim defended his goalkeeper.

Monaco coach Leonardo Jardim shrugged off an error by goalkeeper Danijel Subasic that meant his side had to cling on to a 2-1 home win over Bordeaux in Ligue 1 on Saturday.

Kylian Mbappe and Joao Moutinho scored to set up a victory that extends Monaco's lead at the top of the table to five points, but Subasic's mistake gave Diego Rolan a simple finish.

Monaco were able to hold on to their lead to secure a fourth straight win in all competitions ahead of the second leg of their Champions League round-of-16 tie against Manchester City and Jardim defended his goalkeeper after the final whistle.

Jardim said. "I told Suba: 'How many important stops did you make for us? A lot, so stop thinking about that.'

"The teams know us well and have a more defensive strategy here at Stade Louis II.

"We mastered the game well by keeping the ball well. I congratulated the players for their game."

Radamel Falcao made his return from injury from the bench in the second half, helping to inspire the six-minute spell that included both Monaco goals, but the striker could miss the City clash after taking a knock on his hip.

"It is a heavy blow on the right side," Jardim said. "We'll wait for the tests. I hope it does not matter."

Midfielder Fabinho claimed Monaco's focus will now switch to the Champions League, with a 5-3 deficit from the first leg to overturn when they host Pep Guardiola's City on Wednesday.

"Now we start thinking about City. It's an important match for the season as well," the Brazilian said.

"It is a different competition but we want to continue the adventure. If we do not go through, it is not catastrophic, but we want to show in Europe also that we are a good team." 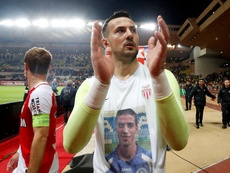 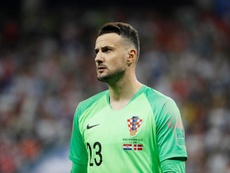 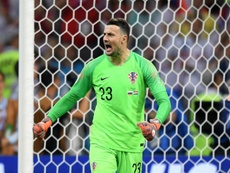 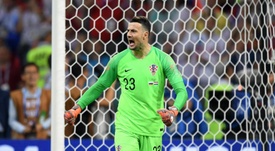 Subasic to play injured against England