Japan beat Australia Thursday to qualify for their sixth successive World Cup but South Korea missed a golden opportunity to join them in Russia when they could only draw against 10-man Iran.

The goalless draw in Seoul means South Korea's hopes of qualifying from Group A for their ninth successive finals were left hanging in the balance when a win would have booked their ticket to Russia.

Meanwhile, Syria's 3-1 victory over Qatar in Malaysia gave a massive boost to the war-torn nation's dreams of qualifying from Group A as they moved into third place on goal difference.

And China's shock 1-0 win over Uzbekistan in Thursday's other Group A match kept their own slim hopes alive.

Now a defeat for the Koreans in their final match in Tashkent on Tuesday could see them fail to qualify for the finals for the first time since 1982 should Syria beat Iran in Tehran on the same night.

And in a wide-open battle for Asian qualification, China could still take third place and a playoff spot if they beat Qatar in Doha on Tuesday and other results go their way.

There were no problems for Japan in Saitama, however, as Takuma Asano, in the first half, and a brilliant Yosuke Ideguchi strike eight minutes from time were enough to see off Australia 2-0.

The result dealt a major blow to Australia's chances of being one of the two automatic qualifiers from Group B after their first defeat in the final round of Asian qualifiers.

The Socceroos will get a second bite at the cherry at home to Thailand on Tuesday when they will need to better Saudi Arabia's result against Japan in Jeddah on the same night in order to guarantee second place in the group.

"This is for the wonderful fans and for the people of Japan," cried Japan's under-fire coach Vahid Halilhodzic, whose team have an unassailable 20 points from nine games in Group B.

Ideguchi, meanwhile, appeared lost for words after a wonder strike that looks like sparing Halilhodzic the sack -- at least for now.

"Luckily it hit the target," he said. "I'm just glad it helped us get the win."

In Seoul, South Korea could not breach Iran's defence despite being urged on by more than 63,000 screaming fans and the visitors being reduced to 10 men seven minutes into the second half.

Saeid Ezatolahi was shown a straight red card after he recklessly stamped on the head of Kim Min-Jae following an aerial clash between the pair.

"We tried to turn the tide with substitutions and score a goal, but we couldn't do it," lamented South Korean coach Shin Tae-Yong, who vowed to go all out for a win in Tashkent on Tuesday.

"We play for victories, and we will do the same for the match against Uzbekistan," Shin said.

One goal would have been enough for South Korea because in Wuhan, Group A rivals Uzbekistan were suffering a shock 1-0 defeat to China, who kept their own slim World Cup hopes just about alive in a dramatic finale.

Gao Lin was the hero for China with a late penalty six minutes from time to seal a nervy 1-0 win.

Marcello Lippi's men now head to Qatar on Tuesday seeking the win that, coupled with other results going their way, could yet see China reach a playoff.

In Melaka, Malaysia, Omar Kharbin struck twice for Syria who resurrected their unlikely dream of reaching the World Cup finals.

The 3-1 win over Qatar propelled Syria to third position in Group A and a potential playoff spot as they took advantage of Uzbekistan's slip-up.

The result ended Qatar's fleeting hopes of qualifying for Russia 2018 and means the tiny Middle East nation will host the 2022 edition without ever having managed to qualify for the World Cup finals. 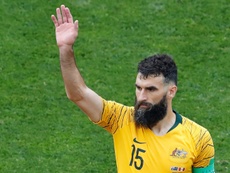 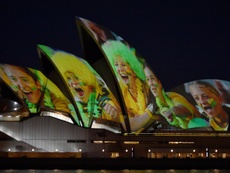 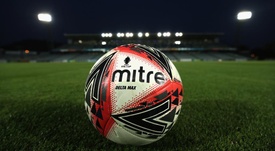