James Rodriguez's reunion with Carlo Ancelotti at Everton after two prior spells together at Real Madrid and Bayern Munich shows there is no lack of ambition on the blue side of Merseyside to force themselves into the Premier League's top six.

But billionaire owner Farhad Moshiri's lavish spending has yet to bear much fruit at Goodison Park.

Since the British-Iranian businessman took a controlling stake in the club in February 2016 with Everton 11th in the table, over £400 million ($517 million) has been spent on new players and the hiring and firing of high-profile coaches.

Roberto Martinez and Ronald Koeman have gone on to land jobs in charge of the Belgium's golden generation and Barcelona respectively after being sacked by Moshiri, but Ancelotti is determined not to follow their lead.

His wishes have been granted with a complete midfield rebuild.

Brazilian international Allan, who also worked under Ancelotti at Napoli, and Abdoulaye Doucoure have each cost Â£20 million as Moshiri's spending has defied the economic crisis caused by coronavirus and a staggering £112 million loss for the 2018/19 season.

The club did a fantastic job, these players were the priority for us," said Ancelotti.

"I think that the goal we want to achieve is to fight for the first positions of the Premier League to be able to reach Europe next season.

"The goal is quite clear. We have this desire, this ambition. I think we can (do it)."

It is James' signing that has most caught the imagination.

The Colombian, who lit up the 2014 World Cup by winning the Golden Boot, was in need of a change of scenery.

His World Cup performances in Brazil earned him a dream move to Madrid. But after a stellar first season at the Santiago Bernabeu, Ancelotti's departure saw him fall down the pecking order under Zinedine Zidane.

A two-year loan spell at Bayern Munich did little to restore his former glories and back at Madrid last season, he made just one start in La Liga since last October.

I am the sort of person who always wants to achieve more and more in my career and life," said James at his unveiling.

"It is a new league I am coming to and a big league on a worldwide scale.

If you have talent and quality you can play in any league in any country."

Everton have certainly been keen to flaunt their new star name with commercials from Miami beach to Bogota this week using the James brand to promote the club.

But Ancelotti is determined he will be more than a publicity stunt to push Everton back into European contention.

The players who arrived understood we have a project with ambition for the future," added the Italian, who is one of only three coaches to ever win the Champions League three times.

"They are going to work to put their quality into the team and this club."

Everton's season starts on Sunday away to Tottenham, who are also looking to bounce back in their first full season under a world-renowned manager in Jose Mourinho.

"I think the best new signing that they had was the coach, it was Carlo," said Mourinho on Friday.

"When a coach of Carlo's dimension goes to a club is not to try to not be relegated, or to try to stay in mid-table. It is easy to understand what Everton want, what Carlo wants.

"Then you look to the market. They brought players of high quality, they know Carlo well and a good squad becomes a much stronger squad, so I look at them as direct opponents (for the top six)." 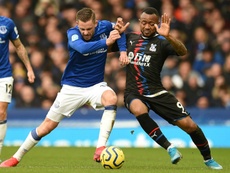 Ancelotti puts Sigurdsson up for sale 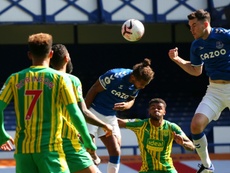 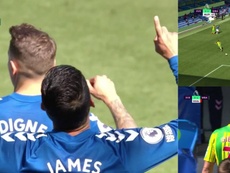 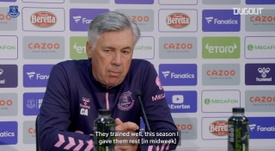 VIDEO: Behind the scenes of Everton's opening day win at Spurs