BeSoccer 16 days ago 771
Italy players rally around Jorginho as focus switches to crucial Northern Ireland clash.
Jorginho missed a third penalty in a row for Italy in their 1-1 draw with Switzerland but has the full support of his team-mates.
End
Group C. MD 9
Italia

Italy captain Leonardo Bonucci has backed Jorginho to remain on penalty duties despite the midfielder's potentially costly miss in Friday's 1-1 draw with Switzerland.

Jorginho fired over the bar from 12 yards in the 90th minute after Ulisses Garcia was adjudged to have nudged over fellow substitute Domenico Berardi inside the box.

The Chelsea man has now missed three penalties in a row for Italy – one against England in the Euro 2020 final shoot-out and two against Switzerland in World Cup 2022 qualifying.

That follows a run of six successful spot-kicks on the spin, and skipper Bonucci is happy for Jorginho to take Italy's next penalty.

"He is our penalty taker and will continue to be," Bonucci told Rai Sport. "Four months ago he scored the decisive penalty against Spain that took us to the Euros final.

"We all make mistakes. Now we must look ahead to our next game if we are to reach the World Cup."

Jorginho's miss came after Giovanni Di Lorenzo had cancelled out fellow right-back Silvan Widmer's drive in a gripping first half at Stadio Olimpico.

Italy would have moved three points clear of Switzerland at the top of Group C had Jorginho converted, but instead they remain level on points with their opponents.

"He may have missed his last three, but he is a great champion and he's our penalty taker," Di Lorenzo told Rai Sport. "We will all support him to get through this moment."

Italy have a slightly superior goal difference to Switzerland, meaning they only have to match Murat Yakin's side's scoreline in the final round of games if they are to qualify automatically for Qatar 2022 and avoid the play-offs.

European champions Italy travel to Northern Ireland on Monday, while Switzerland are at home to Bulgaria in their concluding qualifier.

Despite his side having won just two of their six matches since lifting the European Championship trophy, Roberto Mancini is confident his side can complete the job in Belfast.

"Against Northern Ireland we start with an advantage, and it's not a small one," Mancini said. "If we play well and score the goals we didn't score today..."

"It was a difficult game and we were impacted by the goal we conceded. It's a shame that we didn't score in the second half."

Northern Ireland have not conceded in any of their three home qualifiers this campaign, but Gianluigi Donnarumma insisted his side will head to Windsor Park with the mindset of scoring goals.

"It's normal to be angry, but we don't worry too much because in a few days there is another important match," he said. "We need to recharge our energy immediately and we will be ready to have a great match and win".

"We will head into the next game with the right mentality that is needed to win the match and go to the World Cup. Right now we have to think only about winning and about ourselves". 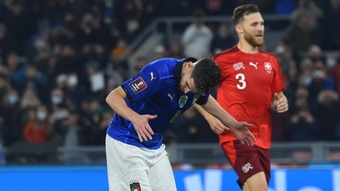 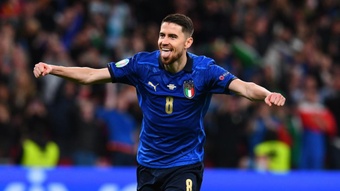 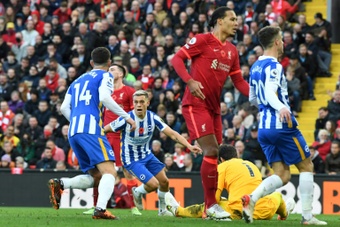