It's not simple to fit in at Barcelona - Lenglet backs Griezmann

Antoine Griezmann has endured a slow start to life at Barcelona but Clement Lenglet has backed his team-mate to slowly adapt his style.

Clement Lenglet says Antoine Griezmann is happy at Barcelona and is confident his team-mate will become a Camp Nou success.

Griezmann has failed to find his best form in Catalonia since joining Barca from Atletico Madrid in a €120million transfer during the close season.

The 28-year-old has been used predominantly in a wide role and has four goals in 15 matches in all competitions, failing to find the net in his past five outings.

However, Lenglet - also a colleague at international level with France - believes Griezmann is still learning to adapt to a new style of play following five seasons under Diego Simeone at Atleti.

"It's not simple to fit in at a club like Barcelona," Lenglet told a news conference on Tuesday. "Some players are already there and have a history together. Like in the French national team, there is a very specific way of playing - how we're positioned is different than what Antoine knew at Atletico, where he was starting from far back. You need time to adapt to feel better on the pitch and play as well as possible.

"At Barcelona, we're trying to recover the ball as high as possible on the pitch with a lot of efforts on 20 to 30 metre runs. With Atletico, it was a bit different, they were falling back, and it was 50 to 60 metre runs. So you have to learn that, you need time.  Physically it's different, and mentally as well, you need to prepare. Antoine is working on that every day during training, and it's going to be better and better during games, I'm sure of it."

Asked if Griezmann performs differently for his country, speaking ahead of Euro 2020 qualifiers against Moldova and Albania, Lenglet added: "'Different' is a big word, but when he's with the national team, he's having a lot of fun.

"He's been there for a long time, he played a few big tournaments with the team, and he won a really beautiful one. Of course, he knows this place very well, he's very happy to be here, he has a strong history with the team.

"But he's also very happy to be at Barcelona, even if you're saying otherwise. He's smiling every day and likes to be happy on and off the pitch."

Griezmann admitted last month he had found it "difficult" connecting with Barca superstar Lionel Messi as neither of them are naturally big talkers.

Messi later played down suggestions of any issues, and Lenglet has praised the Argentina superstar for the way he helps new players to adapt at Camp Nou.

"[Messi] is very clam, very relaxed, very normal," he said. "When you arrive at Barcelona, you're careful about what you're doing but it's not Leo who's coming over to tell you off when you make a mistake.  He's very simple, he lets you play. This is how it went with Antoine and I. Step by step, you talk to him.  He gets along very well with Luis [Suarez] but he's very open with the others, so you can talk about many things, not only football. He's a simple man and he helps us every day." 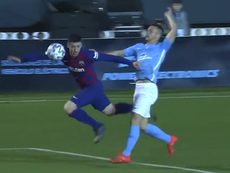 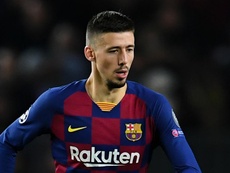 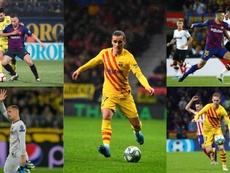 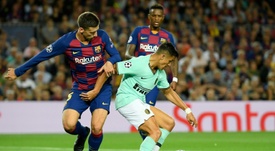 Lenglet adds to Barca defensive worries for trip to Leganes