Antoine Griezmann is optimistic about Barcelona's chances in their Champions League last-16 tie with Napoli after a 1-1 draw in Naples on Tuesday, the Frenchman adamant it will be "very different" at Camp Nou.

Barca produced an underwhelming display at Stadio San Paolo as they struggled to break down a resilient Napoli side who took the lead in the 30th minute through Dries Mertens' wonderful strike.

Griezmann turned home Nelson Semedo's squared pass just before the hour and that proved to be enough to secure a share of the spoils, despite seeing Arturo Vidal sent off late on.

Although the performance from LaLiga champions Barca was nothing to get excited about, Griezmann expects things to be different on home soil.

"We wanted to win, we came to win, but it wasn't possible," the Barca star said post-match.

"We still have to play at home, which will be very different. [There will be] more space, we'll be in front of our fans and we have to win.

"We know that it's a very important week, I think we're focused on that, now we have to work and recover well for the Clasico."

Griezmann had just six touches of the ball in the first half, as the France international struggle to make an impact, and he accepts he was not involved enough.

"It was hard for us to get into the game and create space and shots at first," he added.

"We have to work on it. It's up to me to add depth, sometimes they [team-mates] can see me, at other times not. It's me who has to create space. In the first half I didn't but in the second I did."

Barca welcome Napoli to Camp Nou for the second leg on March 18. 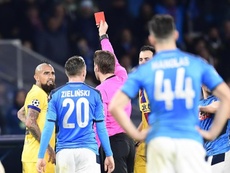 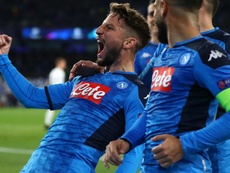 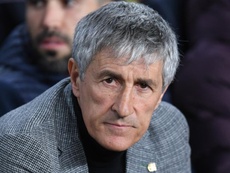 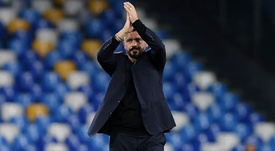