Shouting, cursing and -- eventually -- celebrating, they watch as the team from the north of England notches up a win half way around the globe.

While revered arenas such as Old Trafford or the Camp Nou may be thousands of kilometres (miles) away, supporting some of Europe's best-loved teams offers a rare chance for Iraqi fans to come together and forget the troubles roiling their homeland.

Across the violence-wracked country, where some 400,000 people have been killed since the US-led invasion in 2003, there are 13 supporter groups officially recognised by clubs in Britain,Â Italy, Spain and Germany.

In a nation that has been torn apart by years of bloodshed and bitter division, a mutual passion for the beautiful game often helps to bridge differences.

"We all come together for Manchester United," says Alaa Saadi, who heads Iraq's largest fan group of some 450 members. "Young and old, Shiites and Sunnis, Arab and Kurds, Christians and Muslims."

But even during those brief 90 minutes of distraction the violence in Iraq can still come bursting in brutally.

Last year, the Islamic State group claimed a gun, grenade and suicide attack that left 16 dead at a cafe popular with fans of Spanish giants Real Madrid in a provincial town.

For Anab that makes safety a priority, and his club regularly changes venues to avoid trouble and has stepped up security checks.

But this still does not dampen the enthusiasm of the supporters, Anab insists, as "students, graduates, the unemployed and workers tired from the traffic jams on their way home" flock to a cafe to watch the matches.

"The moment they kick off all other worries disappear," he says.

Liverpool supporters' chief Ali Kazem, 29, agrees, and says that members "come from far despite difficulties" to support the Reds.

The fan club for the five-time European champions was set up in 2011 and is the oldest in Iraq, Kazem points out proudly.

This season they received 50 official membership cards sent from the United Kingdom, each one costing some $40 (34 euros) per fan.

For the fan clubs to retain their official status there is a raft of strict requirements, says Arsenal head Ali al-Bahadli.

A club has to have at least 50 regular members, democratically elect a president and general secretary and update a log of its activities on social media.

Each year, 32-year-old doctor Ahmed Mazen sends off his report to Inter Milan on the latest activities of the club he set up with six friends.

Mazen says he turned to supporting a European team because of the dearth of quality in the Iraqi league.

He complains that "infrastructure is weak" in the country and that "the question of security" puts off many supporters from going to games.

Earlier this year, Iraq played its first match at home since 2013 after world governing body FIFA lifted a ban on the national team playing in the country.

For most lovers of foreign football in Iraq, the dream of seeing their teams play in the flesh remains distant.

Bayern Munich fan Anab says that last year the club offered him two places to watch the team take on Atletico Madrid in the Champions League.

But while there was no shortage of takers, German bureaucrats had other ideas.

"Unfortunately no member managed to get a visa to go to Germany," he laments.

"The authorities were scared that they would demand asylum there and never return." 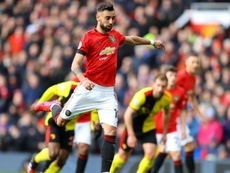 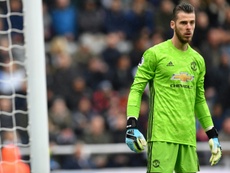 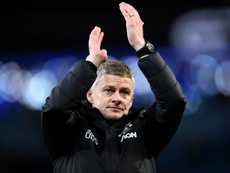 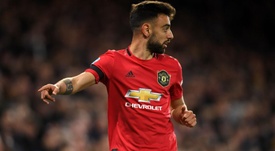 Man Utd need to be in Champions League, says Solskjaer