Masoud Shojaei and Ehsan Haji Safi have been banned from playing for Iran after they featured against an Israeli team with their club.

Iran has banned two players from representing the national team after facing an Israeli club in the Europa League, a government spokesperson announced.

Even though they sat out the first leg of the Europa League qualifier in Israel, they featured in the 1-0 loss at home to Tel Aviv on August 3, which is still a violation of Iran's government policy.

Iran does not recognise Israel as a country and has barred all their athletes from playing against any Israeli teams.

"It is certain that Masoud Shojaei and Ehsan Haji Safi will never be invited to join the national football team because they violated the red line," Iran deputy sports minister Mohammad Reza Davarzani said on state television, via The New York Times.

"They have a financial contract with a club to be paid and play for that team, but to play with the representative of a loathsome regime… this is not acceptable for Iranian people."

Shojaei – who has earned 70 international caps – was instrumental in helping Iran secure a spot at the 2018 World Cup.

Haji Safi – an 84-cap veteran – was on the bench in the sealing victory over Uzbekistan in June, and he was expected to play when Iran travelled to Russia next year.

Shojaei was also ostracized in June when he asked Iran president Hassan Rouhani if women could enter the stadium to watch the team play.

Women have been barred from stadiums in Iran since 1979, since arenas are deemed inappropriate for women. 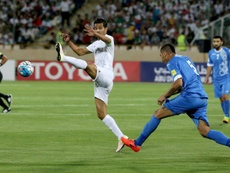 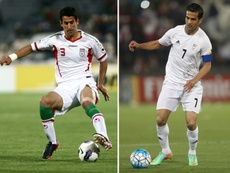 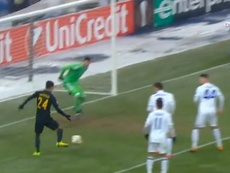 Playing in Europe doesn't stop you from from missing open goals 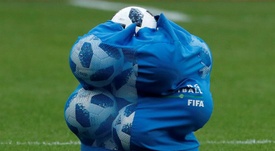