Barcelona captain Andres Iniesta says he will decide "next week" whether to continue his decorated career in either China or Japan.

A. Iniesta signs for Vissel Kobe as a free agent

The 34-year-old Barca icon is bringing the curtain down on his two-decade stay with the Spanish champions, with his last game for the club he joined at the age of 12 coming on Sunday.

"There are two scenarios, China or Japan, and each has its advantages," he told Spanish radio Onda Cero overnight Monday.

"There are some minor details to be sorted out, we're weighing everything up and will pick which one we decide is the best option."

The Spanish midfielder added: "Next week, when everything is over, we'll decide. Then, there's the World Cup, I want to get this resolved so that I can focus.

"One option is more advanced than the other..."

Iniesta's comments appear to rule out a move to Australia's A-League which had been suggested as his preferred destination by Spain's Sport website.

Iniesta, a wine producer, has acknowledged that the economic aspect of the deal he eventually choses is "relatively important".

He is keen to expand his wine label from his native region of Castilla-La-Mancha into new markets.

But he stressed that the over-riding factor was quality of life the new position would offer his wife and three children.

Iniesta announced in April his intention to leave Barcelona at the end of the season - Sunday's finale at the Camp Nou against Real Sociedad promises to be an emotionally-charged affair.

A. Iniesta signs for Vissel Kobe as a free agent 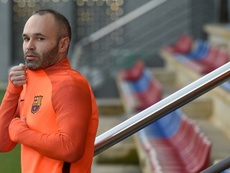 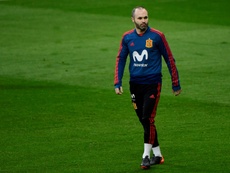 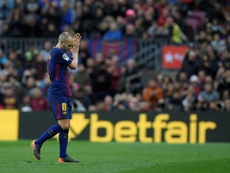 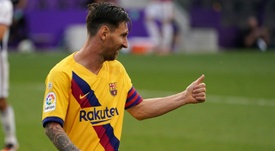