Mistakes, particularly in the defensive area of the pitch, made the difference as Spain lost out to Croatia 3-2 in the Nations League.

This game was vital for both teams, with Croatia looking to earn some pride in the Nations League having not won a game in the competition so far, while Spain were looking to confirm their position in the next round.

The start of the game suggested both teams were looking to get the front foot early on, with both sides running hard and looking to put pressure on the opposing players while out of possession.

While Spain were enjoying slightly more of the ball, it was the Croatians who had the best chances of the first half, mainly through Ivan Perisic. The Inter winger first drew a save out of David De Gea after cutting in from the left wing and shooting low to the goalkeeper's right, before firing a ball across the six-yard box that Ante Rebic couldn't get on the end of just moments later.

The away side commanded more and more of the ball as the first period progressed, with the left channel and the piercing runs of Jordi Alba.

Unfortunately for Luis Enrique, his team were largely wasteful with their final pass and the skied effort from Saul just before the break from range summed up a frustrating offensive performance from 'La Roja' in the first period.

The second period was a lot more of a lively affair, and took just seven minutes for the deadlock to be broken.

Sergi Roberto was found to be too casual at the back and his pass was intercepted, leaving Andrej Kramaric free to pounce on it and slide the ball past David De Gea.

Spain managed to get back in to the game just a few minutes later, with Aspas playing a nice ball down the flank to send Isco in to space. The Madrid man was able to pull the ball back to his team-mate Dani Ceballos, who managed to strike the ball home despite huge pressure from Dejan Lovren.

The game momentarily settled dow, and the sprang back in to life on the 69 minute mark.

Following a short corner, Croatia captain Luka Modric was able to pick out Tin Jedvaj at the far post with a lovely cross. The full-back was left unmarked, and was free to nod the ball in to the net, with some suggestion De Gea could have done more to close him down.

It didn't seem like it was going to be the World Cup semi-finalists' night, as they lost their lead for a second time on 78 minutes.

A Suso ball from the right was put in to a danger zone, and as it skipped up off the surface it hit Vrslajko on the arm. Despite protests from the home side, Sergio Ramos stepped up and made no mistake from 12 yards, putting the penalty low to the goalkeeper's right.

There was, however, to be a final twist in the tale.

Zlatko Dalic's men knew they had to push for a winner and their luck came good in the final minute of the game, when a Brekalo shot was parried by De Gea straight in to the path of Jedvaj again, who couldn't miss from just a few yards.

While the Croatians will take great belief from the result going in to Saturday's crunch match with England, the Spanish will know that they let individual mistakes potentially cost them a place in the last four of the tournament. 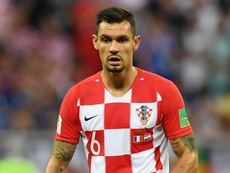 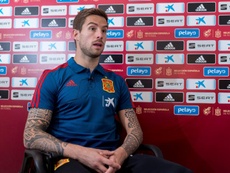 'It would be sad to doubt De Gea' 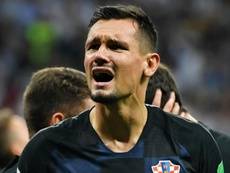 Lovren swipes out at Spain, again 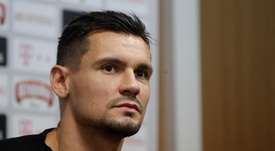 Lovren: 'We shut Spain up'