Professional football clubs in war-battered Syria are struggling to sign new players, who are demanding raises to counter the decline in the value of their pay packets.

Nine years into a grinding civil war, Syria's economy is in tatters, life is increasingly expensive, and the national currency is in freefall on the black market.

The coronavirus pandemic has compounded economic woes, with footballers forced to play in closed-door stadiums, wiping out turnstile revenues.

"Players who once played with us for reasonable amounts are now demanding astronomical sums. They say it's because of the devaluation" of the Syrian currency.

The Syrian league, which has no foreign stars, was suspended for just one month for Covid-19, and it did not stop during the war except at the outset in 2011.

Players were transferred last year for as little as 35 million Syrian pounds ($17,500 at the current black market rate), but Sibaei said players are now demanding salaries of up to 60 million pounds ($30,000) for a single season.

"Next season, we'll need between 400 and 500 million pounds for contracts and other expenses, knowing that the club only has around 160 million in its kitty," he said.

He said the club spent around 315 million last year, some of which he had to advance from his own pocket.

Osama Omri, a player with the Al-Wahda club which finished fifth last season, conceded football players were better off than the average Syrian.

"The salaries are decent and the purchasing power of some players is good," said the 28-year-old attacking midfielder with the Damascus club.

"But it's not enough to secure their future as a player's lifespan on the field is short," he said, as most players retire in their early thirties.

No foreign player has been recruited since 2012, but today's record devaluation is making even acquiring Syrian talent tough.

The clubs Jaish and Shorta (army and police in English) are funded by the defence and interior ministries, respectively.

But other clubs say the dual economic-coronavirus crisis has depleted their coffers, and are seeking funds elsewhere to recruit before the new season starts in a month.

Reigning champions Tishreen, based in the coastal city of Latakia, have signed two new players with funds from sponsors and club board members.

Kamel Kawaya, 22, signed for Tishreen from Shorta for the same figure.

Al-Wahda has renewed contracts with all its players, and even made three new signings.

Its president Maher al-Sayyed said he had pitched in to help cover some of next year's ballooning budget.

In the northern city of Aleppo, Al-Ittihad are looking at a budget of 500 million pounds -- more than twice last year's.

Basil Hamwi said they would be counting on fans and expatriates to help make it through the season.

"The players are right to be asking for better-paid contracts after the devaluation of the pound as they're now earning a fourth of what they did," he said.

"We are counting on Foz, who sponsors our team," he said. 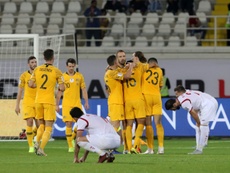 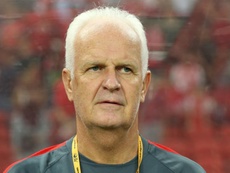 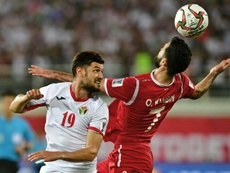 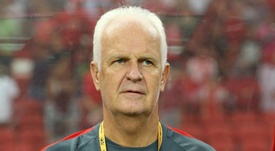