Joel Veltman claimed his unsportsmanlike behaviour in Ajax's win over Sparta at the weekend was just a bit of fun.

Ajax defender Joel Veltman feels he did not do anything wrong after he was accused of unsportsmanlike behaviour in his side's 2-0 Eredivisie win over Sparta on Sunday.

The right-back made headlines for all the wrong reasons when he took advantage of opponent Ivan Calero's goodwill in this weekend's encounter at the Amsterdam ArenA.

Calero was ready to challenge Veltman after the defender had collected the ball down the right wing, only for the Ajax man to signal to his opponent that he would stop play in order to allow the injured Bertrand Traore to undergo treatment.

The Sparta winger consequently looked behind him at the injured Traore, no longer paying attention to Veltman, who shamelessly opted to charge past his opponent rather than kick the ball out of play.

Footage of Veltman's actions went viral on social media, with fans and the press condemning the Netherlands international's unsportsmanlike behaviour, but the 25-year-old - who made his 150th appearance for Ajax - does not agree with the criticism.

"I was just being clever," Veltman told Metro.

"Bertrand went down and I thought to myself 'I am going to use this to my advantage'. I pretended to kick the ball out of play, but when my opponent looked behind him, I just went past him instead.

"I know that it was perhaps not the most beautiful thing to do, but it was just something clever, nothing more. I can have a good laugh about it.

"My team-mates told me in the dressing room that they would have kicked me hard had I pulled off something like this against one of them... What would I have done had my cross resulted in a goal? A goal is a goal!

"I think people are exaggerating all this a bit. It was not like I found myself one-on-one with the goalkeeper after it.

"What I would have done in a situation like this? I always wait until the ball is out of play. I would not be standing there and looking behind me. That was not the brightest thing to do. 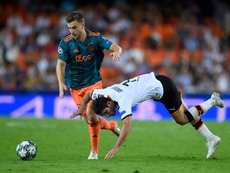 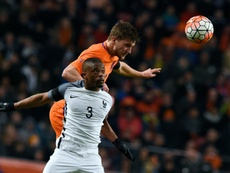 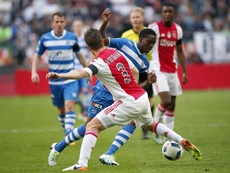 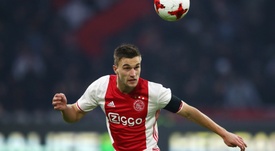