"I'd been suffering for two years, now we're in a position no one expected"

BeSoccer 1 month ago 3.1k
West Ham's Pablo Fornals talks all things football in this BeSoccer interview. BeSoccer
Pablo Fornals talked to 'BeSoccer' in an interview organised by 'Betway'. He analysed his past, present and future. After two years of suffering marked by his Villarreal departure and the relegation fight at West Ham, good work pays dividends and he is currently a key player in a team which are looking to get into the Champions League.
End
Matchday 26
Man. City

Castellon de la Plana saw the birth of a star 25 years ago. One of those footballers who brings the ball down to the ground and caresses it rather than drive it or hit it. That is Pablo Fornals (Castellón de La Plana, 22-02-1996). He is immersed in the fast and furious and competitive Premier League in England, his team has broken into the so called 'Big Six', he has exuberant competitiveness, he bets in play and has tons of talent. Fornals talks to BeSoccer via video call with the help of 'Betway'. He talks about the initial stages of his time at Malaga, a club he is very fond of and who he has positive comments about, his time at Villarreal which included a late relegation battle and his adaptation to life in England at West Ham.

Question: You now have more points than in the whole of last season. What a boost that is!

Answer: Yes. This year,. we're doing very well, everything's going very well. Thank God because the last two years... Suffering both in my last year at Villarreal and here last year (his first at West Ham). This year we are calm, we can enjoy ourselves a bit a be a bit more calm.

Q: You are the only Spaniard in the squad aren't you?

A: Yes, as of today. Well, our goalkeeping coach is Spanish as well, but out of the players, this year I am.

Q: How have you adaptated? Did they play any pranks on you as you were a newcomer?

A: Like everything in the end. In pre-season, I had to sing (it was a prank) and all that, but good, very good.

Q: What differences do you find between the Premier League and La Liga?

A: The intensity and that you can get away with more. Here, you can also talk to the referees. They understand that you are in a match, that your heart rate is beating 1000 times a minute and you can talk to them. In Spain, many times you cannot even speak to them. If you make even the smallest gesture, you get shown a card. Here, they understand it.

A: Yes, I get kicked about all the time (laughs) and I don't know how to make fouls. If I make a foul, I get booked straight away. I'm learning that as well.

Q: Before you said that you had suffered at Villarreal, how was your departure?

A: Good. In the end, the departure was good, the club thought that it could be the moment because of how much West Ham wanted me, they understood it and did not raise any objections. We tried to do the best thing possible and I think we did it.

Q: Did you propose it?

Q: Do you currently follow Villarreal in La Liga?

Q: How do you think Malaga are going in Segunda, since you follow them?

A: I think that, obviously given everything the club are going through and all the sudden changes carried out by the man who runs it (the judicial administator), Manolo Gaspar is doing a spectacular job. With all the financial problems the club has as well as debate over who the club belongs to, the court cases, all of that, I think they have had squads which have been quite competitive. They have at least allowed the club to stay up and generate excitement once this all gets sorted out and the club gets a real president. That is what the club deserve so that they can be back where they should be. 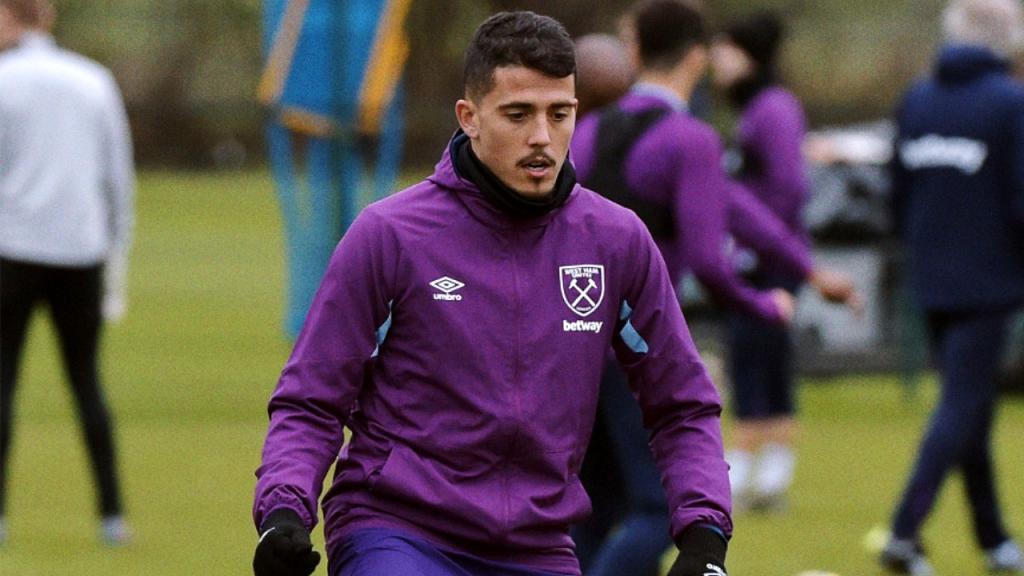 Q: What memory do you have of your time there? Do you remember it with lots of affection?

A: Absolutely and people who know me know the I affection I have for the club and ther city. Last year, because of lockdown, was the only year I haven't been able to come down (to Malaga). I have loads of friends there both inside and outside football and for me, to watch Malaga there... Obviously, in however many years time, when they get back into La Liga, it's going to be a honour, and an honour for me to say that I made my debut at Malaga and that I lived for five years in probably the best city in Spain.

Q: Do you keep speaking to people there? Players in the current squad?

A: I speak to Ramon, for example. He does remind me of myself a bit. He's a guy that understands that, in a few years time, he will end up playing in midfield or behind the main striker. Now, one day he is put on the touchline, like me at first. He probably isn't the fastest or the strongest, but he is very clever. When he entered the Academy, he was 11 or 12 and from that moment, I thought of myself because of the body he had at that moment, the body I had and he was sort of my godson. Seeing him there, to be honest, for me, it's great for him, Ismael and Luis that, after everything that happened, he is still there showing he loves the club. For him, that's the best thing that can happen. I was with 'Pelli' (Sergio Pellicer), in youth football (Division de Honor) and Manolo (Gaspar) was the assistant the first year I was there. Pellicer was with Michel, with us as well, the kitmen (Miguel Zambrana and Juan Carlos Salcedo). There are a lot of people who I have great memories of and I don't find it difficult to write to them to wish them the best or ask how they are going.

Q: How do you see Luis Munoz and his move into midfield?

A: Well, when he was younger he was playing in midfield, but then it's true that they ended up playing in central defence, but he has immense quality wherever he plays.

Q: How are you getting along with English? Teammates, coaches...

A: Last year was a bit easier because I started with a Spanish speaking manager in Pellegrini. There it was a bit easier, but when we changed manager it was a bit more difficult than initially. Now I've probably improved my English, I know many more words, but if I listened to another person say the same, I might not understand it. As I hear his voice (David Moyes') every day and those of my teammates, it ends up being easier understanding everything. I'm doing my bit learning English as well to make my stay here easier or more fun. Coming every day to a place without understanding anything...

Q: How's everything with Pellegrini?

A: Very good, he's the person who brought me. He gradually introduced me into life in the Premier League. I think that at Betis, things are going brilliantly since the turn of the year and I'm really glad.

Q: Which managers have left the biggest mark on your career?

A: I think that, speaking of stats, goals, who I have scored most goals under, I'd say it was under Michel at Malaga. I think it's one of the last times I played as an attacking midfielder, that season I scored seven goals. Talking of assists, it was at Villarreal playing behind Bakambu and Bacca up front, it was very easy to give assists: I only had to put in a long ball for them and they took care of scoring the goals. I try to learn from everyone, every one has their way of seeing football. You have to talk to the people you are going to share your life with and the positive things they give you.

Q: Give an assist or score a goal?

A: Be involved in one of the two the most amount of times (laughs).

A: There are loads of players. Because of how I understand football, I like focussing on players like Bernardo Silva, Bruno (Fernandes), Kevin (De Bruyne), but I also have to learn from players from abroad. I like, for example, wingers, although I'm not so quick as the wingers here, but I like watching football in general. I watch the most amount of matches I can without the 'missus' telling me off.

Q: How do you see the Spanish teams in the Champions League?

A: Well look, talking of managers, the gaffer was telling me that this year the Spanish teams were not doing as well in Europe this year as in previous years. I said to him: 'Yeah, but Barca got PSG, Atletico had to play Chelsea...' It's not easy playing in Europe when you are not playing either at home or in the other team's stadium. You have to go to another country, it's all a bit chaotic and I understand it's not easy.

Q: Are you thinking about playing for Spain?

A: No, not at all. As I say, the only thing I want is to keep on enjoying. If it comes along, it will be a blessing and I will give my all, but if it doesn't, it's not something I lose sleep over. It's not easy to get into the national team and even less so into one like the Spanish one.

Q: Have you thought about returning to play in Spain or are you 100% focussed on the Premier League?

A: As of today, I'm very happy here, I'm not thinking beyond that. I'm playing, we are in a position that nobody would expect us to be in and what I'm going to do next year is not something that's in my head. I want to play as many games as possible, that the team ends up as high up in the table as possible and I think that, because of that, I'm fully focussed.

Q: The 'Daily Mail' reports that since your parents got wi-fi, you play better...

A: I don't know if I play better, but it's true that I think we've lost one cup game and one league game in 12 or 13 matches since then.

Q: To conclude, what does your military gesture in celebration mean?

A: It's from when I was at Villarreal. I'm from Castellon, which is just next door and every time we played at home, I had 25 or 30 people out of my family and friends who came to see me. Then, it was a way of thanking them for spending three or four hours out of their Saturday or Sunday to come and see me. When I scored, I went towards where they were and dedicated the goal to them with that gesture. 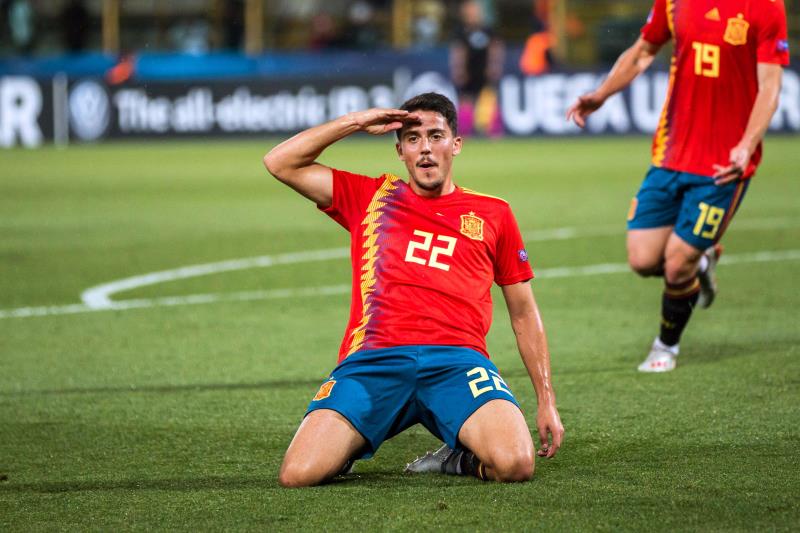 VIDEO: 'We have to keep giving everything' - Marcelo »
Related articles

Lingard lifts West Ham into fourth with win over Leicester

'Lingardinho' is back: a brace within 15 minutes in Leicester nightmare