BeSoccer 13 days ago 2.2k
Aguero recognised that he was hoping to play alongside Messi. EFE
Sergio Aguero revealed to 'El Pais' that he went to visit Leo Messi as soon as soon as he knew he was leaving. The former City player recognised he was 'shocked' and that Messi was 'really sad'

Sergio Aguero doesn't have any problems recognizing that one of the main things he was looking forward to when signing with Barcelona was playing alongside Leo Messi. Aguero is a close friend of the six-times Ballon D'Or winner, and that's why as soon as he got the news that Messi was leaving, he went and visit his friend to see how he was holding up.

"I was shocked. He was really sad. When I got the news, I couldn't believe it", said the Manchester City legend to 'El Pais'.

"That same Saturday, I went to his house to visit him. I was trying to distract him from what just happened because he looked really bad. He was completely off and I was just trying to make him forget what happened. I talked to him about my Esports and the things we were doing", claimed Aguero.

He was also asked about the difference between Messi and Cristiano, he said: "The difference is talent-wise. Messi's is an innate talent". 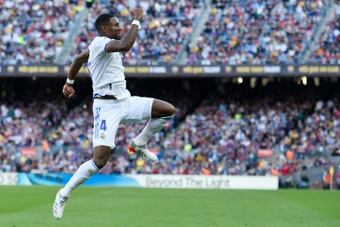