Oscar Ruggeri, a legendary central defender for Argentina, was in the news this week after strongly criticising Gerard Pique. The former footballer has clarified his comments and apologised to the Barca defender.

Gerard Pique has seen this week how he has received fierce criticism from Argentina. It was from a famous former Argentina player.

Oscar Ruggeri, ex-Boca Juniors and Argentina, attacked the Barca man by calling him "an average player". He said that Ramos was the best and that Pique is only spoken about a lot because of Shakira, Pìque's wife. That has caused anger and now Ruggeri has apologised to Pique.

"I'm really sorry because you shouldn't involve other members of the family in these things. It always has to be from player to player. I made a mistake there. I don't know him, but the comments about his wife must have annoyed him," he told 'Fox Sports'.

Ruggeri was also heavily criticised for calling Pique "an average central defender." He backtracked and highlighted the '3's achievements for Spain.

"I compared him to me. I said he was average like me. Those of us who win the World Cup are good central defenders. He was a World Cup winner and I have to take back my comments," he concluded. 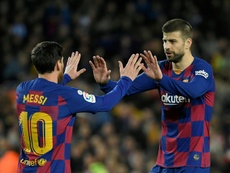 Pique will become the first choice captain if Messi leaves 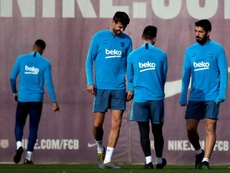 'SER': Pique to stay, Suarez, Alba and Busquets to leave 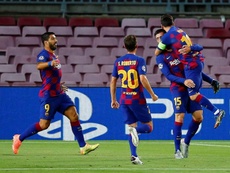 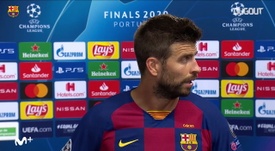