Hungary came from behind to stun Iceland and secure a place at Euro 2020 on Thursday after North Macedonia qualified for a major tournament for the first time by beating Georgia 1-0 away in their play-off final.

Hungary and Iceland met in the group stage of Euro 2016 in France, drawing 1-1, and were each hoping to qualify for a second consecutive European Championship finals after both won play-off semi-finals last month.

Iceland led for most of the game in Budapest and looked set to make it to a third major tournament in a row after Gylfi Sigurdsson's early free-kick slipped through the grasp of home goalkeeper Peter Gulacsi in the 11th minute.

However, Hungary equalised in the 88th minute when Loic Nego, a naturalised Hungarian born in France, pounced to score after Kari Arnason diverted the ball into his path in the box.

And the home side did not need to wait for extra time to grab the winner as Dominik Szoboszlai's fine low strike into the corner sealed a 2-1 victory in the second minute of injury time.

Twice World Cup runners-up, Hungary ended a 30-year major tournament absence when they went to Euro 2016 and reached the last 16. They will go into Group F at the delayed Euro, which was postponed for a year to June and July 2021 because of the coronavirus pandemic, and will come up against World Cup holders France, Germany and reigning European champions Portugal. They will play two group games at home in Budapest.

The European Championship was due to take place in June and July of this year before being postponed because of the pandemic.

It is set to be played in 12 cities across the continent, with the semi-finals and final at Wembley in London. 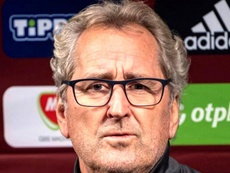 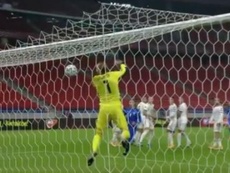 Hungary's worst enemy is at home: howler by Gulacsi! 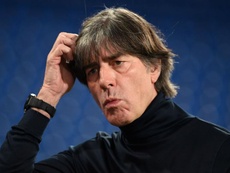 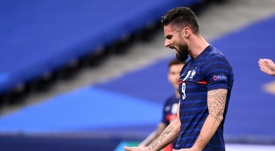