Carlos Tevez, Hulk, Oscar and Ezequiel Lavezzi are among the stars Mousa Dembele is following by joining a club in the Chinese Super League. Belgium international Dembele has completed a move to Guangzhou R and F, ending a seven-and-a-half-year stay at Tottenham.

Dembele is far from the first star of the game to have headed to Asia, but recent history suggests high-class players do not always succeed in China. Here, we look at eight stars who have moved to the CSL - and assess how they fared.

Although probably the biggest name to join the CSL, Tevez's time in China was far from settled. The striker later described a 2017 spell at Shanghai Shenhua as a "holiday" and he returned to boyhood club Boca Juniors after a season in which he managed only four CSL goals, despite earning a reported $40million-a-year.

Eyebrows were raised when Oscar opted to leave Chelsea to move to the CSL, joining Shanghai SIPG for the 2017 season. Oscar's performance levels have been good in Shanghai, but the most notable moment of his time at SIPG was when he was handed an eight-match ban and a $5,000 fine for blasting the ball at an opponent, sparking a mass brawl in a game against Dembele's new club Guangzhou R and F. Oscar has not played for Brazil since heading to China.

A reasonable success on the pitch, Lavezzi has been embroiled in controversy of it in the CSL. The Hebei China Fortune striker - who has hit 32 CSL goals in 63 appearances - apologised after a picture of him appearing to mimic Chinese facial characteristics went viral. Much like Oscar, his international career has all but ended since moving to China. Although he was initially still getting picked, Lavezzi has now not played for Argentina since March 2017.

Once considered among Europe's deadliest strikers - he hit at least 20 league goals in three consecutive seasons for Porto - Martinez's time at Guangzhou Evergrande entirely failed to catch light. The €42million signing from Atletico Madrid contributed just four CSL goals in 2016 and saw his contract cancelled as a result. He is now back in Portugal, having signed for Portimonense at the start of the season.

Liverpool were among the clubs linked with signing Teixeira but the Brazilian midfielder opted for CSL side Jiangsu Suning when he left Shakhtar Donetsk in 2016, having won five Ukrainian titles. The 29-year-old has burnished his reputation with a series of stunning individual performances and scored 32 league goals in 75 appearances. A move back to Europe remains a possibility, although his chances of earning a Brazil call-up look remote.

Another success, Hulk has been consistently among the best players in the CSL since his arrival in China in 2016, SIPG having paid €55m to sign the powerful forward from Zenit. Hulk hit 17 goals in his first full season to rank among the league's top goalscorers but SIPG finished second in the table and also lost in the cup final. In 2018 he was effective again, scoring 13 and setting up another 12 in 25 outings but, like compatriot Oscar, Hulk is in the midst of an exile at international level.

Another Zenit alumnus, Witsel cost a reported €20m when he moved to Tianjin Quanjian in time for the 2017 season. He contributed four goals as his new club finished third in the CSL and continued to be selected in the Belgium squad after moving to Asia, helping the Red Devils to the World Cup semi-finals. After impressing in Russia, he earned a return to Europe with Borussia Dortmund and has been one of the signings of the season in Germany.

Joining Dalian in a double swoop that also saw Nico Gaitan make the exact same transfer, Carrasco caught people by surprise when he left Atletico Madrid in 2018. Having previously looked a potential superstar in Spain, this was seen as a massive get for the CSL, given his age, reputation and ability, even if his third campaign in LaLiga was unimpressive. The 25-year-old has not set the world alight in China but remains well-regarded in Europe, with Arsenal reportedly interested. 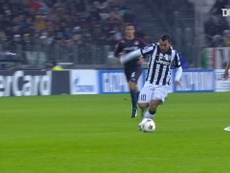 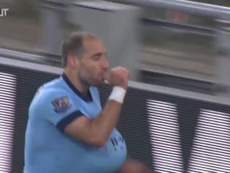 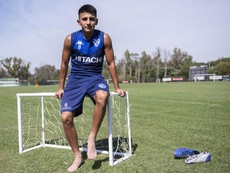 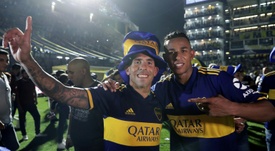