Hazard last played for the Spanish champions in August's Champions League loss at Manchester City in his first campaign at the Santiago Bernabeu where he scored just once after suffering various injuries.

"I see him very close, he is as ready as possible, he's training well with the team," Zidane said ahead of Wednesday's home league game against Real Valladolid. "He trains regularly, and he's doing well, and we'll see how we play him," the Frenchman added.

The former Chelsea attacker has been criticised by local media who claim he was overweight after he joined in July 2019 for a reported fee of 100 million euros. He featured 22 times for Zidane's men after sustaining foot and hamstring issues.

"He has a big problem in that sense where it's bothered him for a long while, but now he seems to be doing better," Zidane said. "The season is very long and he's a professional. What he wants is to be with his team-mates and help them," he added.

Zidane has made no purchases during the summer with the Spanish transfer window closing on October 5. Attackers Gareth Bale and James Rodriguez have left Madrid as has left-back Sergio Reguilon.

"I am very happy with what I have," the 48-year-old said. "We already have a lot of players. Why bring more people here? They are all very good, I'm happy, really happy." 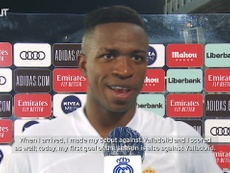 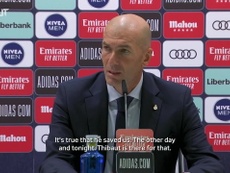 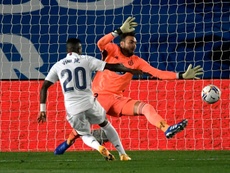 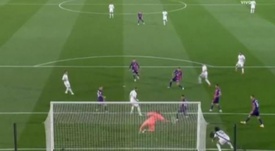 Hazard again sidelined for Real Madrid due to injury