Real Madrid informed on Thursday evening that Eden Hazard's operation was a success. The Belgian will remain under observation until he is discharged.

Real Madrid and everyone associated with them are already counting the days until Hazard is on the park again and above all, dream that the Belgian has the necessary consistency to prove the level that was seen at Chelsea.

The player had to be operated on after the operation route has chosen to improve his recovery, so he will be out until the end of the season and it isn't known if he will be able to make the last few matches of the season.

Real Madrid indicated on Thursday that the operation was a success and the Belgian is now under observation, which he will remain under until he is discharged and returns to Belgium from Dallas.

The left-winger will take the first steps of his recovery in his country, where he will be treated by, as 'Marca' indicate, Lieven Maesschalk, a very respected physio that Hazard already knows well.

"Eden Hazard has successfully undergone surgery today in Dallas on a fracture in the fibula of his right foot. The operation was supervised by Real Madrid Medical Services. Hazard will now remain under observation until he gets the all-clear to begin his rehabilitation process.", Los Blancos explained.

The club will not risk him and haven't ruled out him playing in the final stretch of the season either. On the other hand, Roberto Martínez assured that Hazard will manage to get game time with Madrid before the Euros. 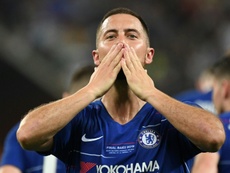 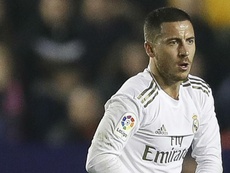 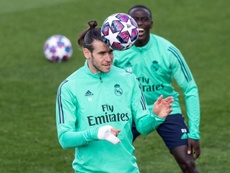 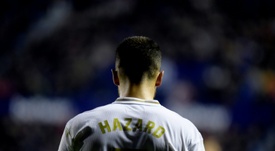