Ole Gunnar Solskjaer said Erling Haaland "knows what he wants to do" amid increasing speculation about the Salzburg striker joining Manchester United, who drew 1-1 at home to Everton on Sunday thanks to Mason Greenwood's equaliser.

Reports suggest the United boss could be given the resources to bring his compatriot to Old Trafford after impressing in Salzburg's ultimately unsuccessful Champions League campaign.

"I don't comment on those speculations," Solskjaer said of the transfer talk. "[Haaland] knows what he wants to do, and he knows what he's going to do, so I don't have to give any advice to any other team's players."

Discussing Greenwood after the teenager followed up a midweek Europa League brace with another goal, Solskjaer said: "It's so natural for him. He just knows exactly what to do.

"Too many chances are missed with strikers rushing the finish, stressing, but the best ones have that little extra half a second, and he does."

Greenwood's strike rescued a point for United and extended their unbeaten Premier League run to six consecutive matches, but they could not break down Everton.

Solskjaer felt his side did not deserve to go behind in the first half, claiming United goalkeeper David de Gea was fouled before Victor Lindelof's own-goal, and expressed his disappointment that the VAR did not bring about a different decision.

"It's a foul. It's as clear as that, but there's no point me complaining," he said. "It [VAR] will be better next year, for sure. We'll have to look at it. That's a clear and obvious foul".

"They got the goal and had something to hold onto. I don't want to go down the route [of saying] that we always struggle against teams that lay low, because we don't".

"It's a work in progress and these young boys are learning. The tempo of the ball wasn't good enough and it has to move quicker, but these boys will learn that."

Reflecting on his first 12 months in charge at Old Trafford, he added: "I've really enjoyed it. I feel that we're on the right track. I'm looking forward to going into work tomorrow because these boys want to learn and improve." 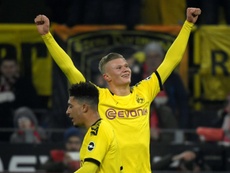 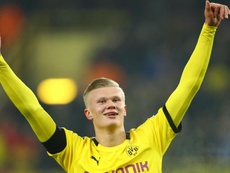 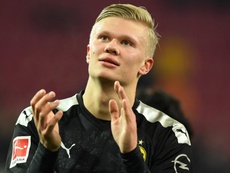 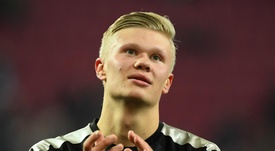