Antoine Griezmann helped Atletico Madrid edge towards the quarter-finals of the Copa del Rey on Wednesday as they took a valuable away goal from a 1-1 draw with Girona.

Griezmann's early shot squirmed its way in off both the crossbar and then goalkeeper Gorka Iraizoz but Girona hit back before half-time through Anthony Lozano. Neither side could find a winner in a cagey contest at Montilivi but Atletico will be the happier, with the second leg at home still to come next week. Diego Simeone fielded a strong line-up that included Griezmann, Diego Godin, Koke, Saul Niguez and Thomas Lemar but goalkeeper Jan Oblak was left on the bench. Oblak's immense value was brought into focus by his stand-in, the 31-year-old Antonio Adan, offering a weak attempt at saving Lozano's equaliser.

Atletico needed a heavy dose of fortune too as they took the lead after eight minutes. Nikola Kalinic cut the ball back to Griezmann on the edge of the area and he fired it first-time towards goal. Iraizoz did well to push it onto the crossbar but his effort drew scant reward as the ball cannoned down, off the diving goalkeeper and in. Girona were far from overawed, however, and pulled level shortly after the half-hour, Lozano's guided shot met only by a weak hand from Adan on its way into the far corner.

Lozano could have had a second five minutes later but his flicked header struck the bar, while Atletico might have won it in the second half as Kalinic blazed over and his replacement, Vitolo, stung the hands of Iraizoz. Thomas Partey had arguably the best chance when Iraizoz rushed out, only to send his clearance straight to the midfielder. The goal was empty but Partey's long-range effort drifted wide. 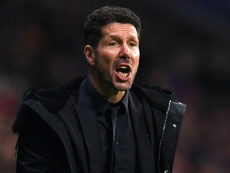 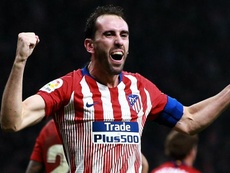 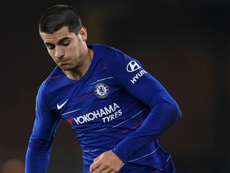 Morata to Atletico? I can't confirm or deny anything – Simeone 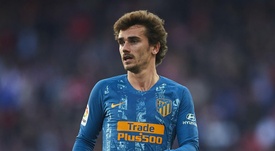