670 minutes later, Griezmann scored again in the League for Barcelona. He did it in the clash with Alavés at Mendizorroza after pouncing on a pass that the defence was unable to clear. He sneaked in between the defenders and nobody made it in time to stop him.

With just the keeper, Pacheco, to beat, he opted for a little bit of a challenge to earn the equaliser that Koeman's team had been looking for for a long time. The siege on the Vitoria goal became more and more intense in an attempt to compensate for Neto's 1-0 mistake.

Antoine's goal was also worth the wait. He had several opportunities to create chances in the opposition's box and wasted them. He also had a few shots that went awry.

He was able to double the score a few minutes later thanks to a cross from a dead ball, but the referee cancelled out his goal for offside from Trincao, who provided the assist. That was fair enough and after VAR reviewed it for a few moments, the referee's decision was upheld and Griezmann had to settle for a single goal. 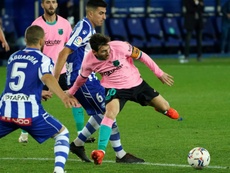 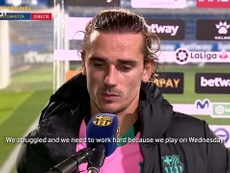 VIDEO: Griezmann: 'I was missing chances, the team needs my goals' 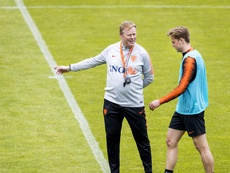 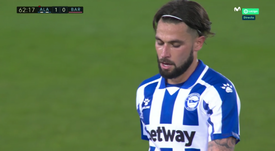 Alavés v Barcelona - as it happened