The suspense continues in the Liga. After winning against Valladolid, Barça kept the suspense and pressure on their rivals Real Madrid, who are provisionally one point behind.

Real Madrid travel to Granada for Matchday 36 of the La Liga, a game that is more than crucial for the club, who are on the verge of a 34th domestic title.

Zidane can smile again, and the Frenchman will be able to rely on his defenders. Ramos and Carvajal, who were suspended against Alaves, will be back in action. James, however, is once again out of action. The Colombian is undoubtedly living out his final days at Real Madrid.

It will be a game with a lot at stake for both sides. Real are playing for the title, while the Andalusian team, tenth in the standings and within one place of the Europa League, want to qualify for the next edition of the European competition.

It will not be an easy task for Zidane and his men...

The probable composition of the two teams: 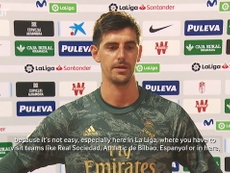 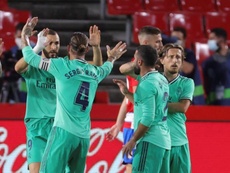 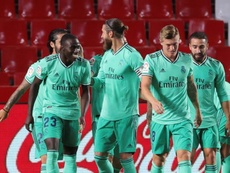 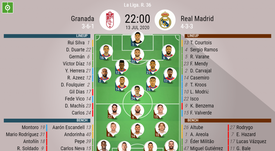 Zidane focused on Granada: It's not about counting points

VIDEO: Zidane: “It's not about counting up the points, It's about just focusing on Granada”