Joe Scally will spend the 2020 MLS season back on loan at New York City after completing a move to Borussia Monchengladbach.

Bundesliga leaders Borussia Monchengladbach have signed 16-year-old Joe Scally from New York City, sending the defender back to the MLS club on loan for the 2020 season.

The right-back has yet to appear in MLS but was the second youngest player in league history – after Freddy Adu – to sign a professional contract when he did so in March 2018, aged 15.

Scally, who will move to Germany in January 2021, made his professional debut in the US Open Cup against rivals New York Red Bulls in June 2018, replacing then NYCFC captain David Villa.

The MLS club reported the undisclosed fee for Scally's transfer, depending on bonuses, "could rise significantly to become one of the highest transfer fees received for a MLS player being transferred to a European club".

Scally said: "I was very excited when I heard the news about the transfer to Borussia Monchengladbach. As a kid you always want to play in Europe and in one of the best leagues in the world. I couldn't be happier."

Gladbach are top of the Bundesliga heading into the international break, four points clear of second-placed RB Leipzig with 25 points after 11 matches.

NYCFC lost in the Eastern Conference semi-finals in the 2019 MLS season and are looking for a new head coach following Dome Torrent's departure.

They have been linked with former Feyenoord coach Giovanni van Bronckhorst. 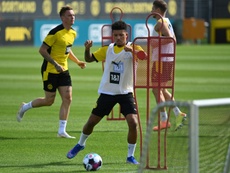 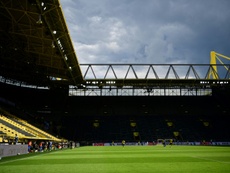 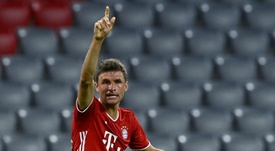