A brace from Breel Embolo saw Borussia Moenchengladbach reclaim top spot in the Bundesliga table as the home side ran out 4-2 victors over Freiburg at Borussia Park on Sunday.

Gladbach lead RB Leipzig by one point at the top of the table and host reigning champions Bayern Munich, who sit four points adrift, next weekend.

In-form Gladbach striker Marcus Thuram wasted no time getting off the mark, giving the Foals the lead on three minutes. The Frenchman tapped the ball in from close range to register his sixth league goal of the season.

Freiburg hit back quickly to equalise in the sixth minute, with Jonathan Schmid's superb, curling free-kick giving goalkeeper Yann Sommer no chance. Going into the break at 1-1, the home side exploded out of the blocks, scoring two goals within six minutes to give themselves a 3-1 lead.

Embolo smashed the ball home after being set up by Patrick Herrmann in the first minute of the second half. He was then brought down in the penalty area just two minutes later and was given a chance to score his second when the referee pointed to the spot, but his effort hit the post. The Swiss international redeemed himself just moments later however, setting up Herrmann to score his side's third goal.

Freiburg's Lucas Hoeler got one back for the visitors in the 58th minute, heading home a free-kick from Christian Guenter. Gladbach endured a nervous 10 minutes with Freiburg camped in their penalty area, before Embolo scored in the 71st minute to restore the home side's two-goal cushion.

In Sunday's late game, Wolfsburg take on Werder Bremen, while on Monday Mainz welcome Eintracht Frankfurt to the Opel Arena. 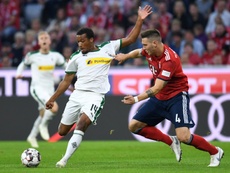 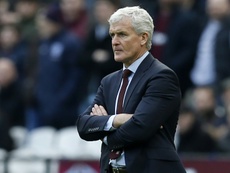 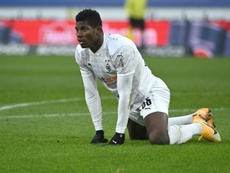 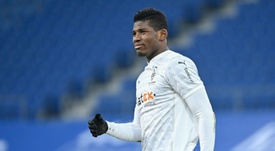