Frankfurt v Monchengladbach probably had a large audience watching on television because of the lack of football, but the game was all but over inside seven minutes.

Rose's men scored inside one minute when Hofmann passed to Plea inside the area and despite slipping while shooting, his effort went in the far corner.

It was not just a moment's loss of concentration as Eintracht's defence looked leaky all evening. Only Kostic was able to do anything noteworthy for the home team. Embolo was very strong in midfield and Plea and Thuram were hungry for goals. With just seven minutes on the clock, Gladbach doubled their lead.

Bensebaini got past a few and fed Marcus Thuram, Lillian's son, to make it 0-2. Had it not been for Trapp in goal, it could have been a cricket score at half-time. N'dicka in centre defence was all over the place.

Hutter made changes at half-time. He brought on Andre Silva for Paciencia and began the half with two strikers. Problems remained at the back though.

Gladbach's attacks looked incredibly dangerous. Plea kept looking for his second and in the 67th minute, only the post denied him from scoring one of the goals of the weekend.

N'dicka compounded his horrible evening by bringing down Bensebaini. Trapp got more than a firm hand to the spot kick, but he was unable to keep it out.

While Gladbach kept countering, Andre Silva pulled a goal back for Frankfurt nine minutes from time thanks to a shot across goal. Hofmann has a glorious chance to make it 1-4 when it was three on one, but he went for goal and the defender on the line made a fabulous stop.

The physical fitness of players will be key to deciding who finishes where in each league. Frankfurt still have work to do to avoid relegation while Gladbach have moved ahead of Leizpig into third after Nagelmann's men could only draw with Freiburg. 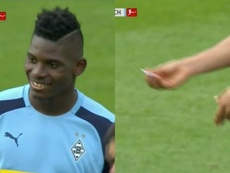 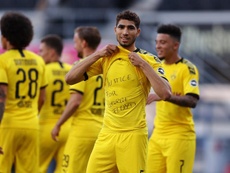 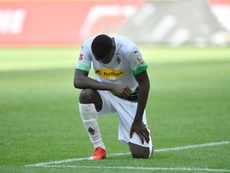 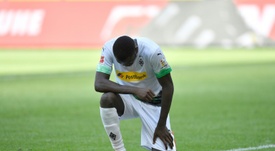