Rangers manager Steven Gerrard remains supportive of playing international football despite a huge rise in players who will be unavailable for their clubs this weekend after contracting Covid-19 on international duty.

Gerrard's men travel to Celtic for the first Old Firm derby of the season on Saturday, but their cross-city rivals could be without four key players due to coronavirus restrictions.

Odsonne Edouard, Nir Bitton, and Hatem El Hamed all tested positive when away with their national teams, while Ryan Christie was forced into a 14-day self-isolation period after being in close contact with Southampton midfielder Stuart Armstrong, who returned a positive test.

Gerrard has guided Rangers to the Europa League group stages for a third consecutive season and believes it would be hypocritical to call for the end to international matches during the pandemic, but continue to play European football.

"Assuming that players can be safe I want international football to continue," said the former England captain. "We know it's not perfect but two weeks ago we got a fantastic highlight qualifying against Galatasaray so I can't sit here and say European and international football should be cancelled because it might suit my Rangers team here domestically."

Gerrard also compared Celtic's losing four players to his side's issues before the international break when Joe Aribo, Kemar Roofe and Ryan Jack were all sidelined by injury.

"A lot of clubs are facing different challenges at the moment. Celtic obviously of late but it's pretty similar to the challenges we've faced for the last month you know, not having Joe Aribo, not having Kemar Roofe, missing Ryan Jack for three weeks. These things happen when you're managing squads of players and that's the reason why we try to build squads so we can cope in these situations."

Aribo and Roofe are unlikely to return for an Old Firm first as Glasgow's two giants collide behind closed doors for the first time.

"It is a huge ingredient that is going to be missing. The electricity, the atmosphere, the rawness, the noise, the colour," said Celtic boss Neil Lennon. I think it is very difficult for this generation of players to go through what they are going through without supporters."

Rangers lead their rivals by a point at the top of the table, but Celtic have a game in hand and are on an eight-game winning run in all competitions.

"We are on a good run, we want to maintain that consistency," said Lennon.

"I want to get all my players back fit because we have a real heavy block of games coming up, great games, very exciting players for them to really thrive on and it is really unfortunate that there is going to be no supporters there to see it." 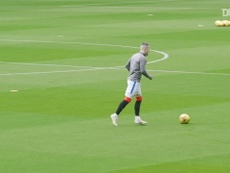 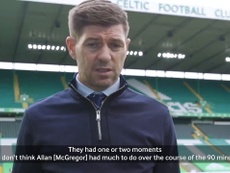 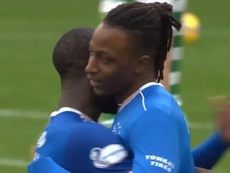 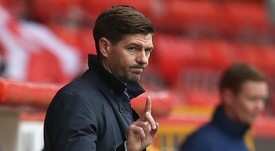