While Premier League clubs have been relatively subdued in the January transfer window, Germany has led the way on the continent, with Borussia Dortmund's signing of Erling Braut Haaland the biggest name snapped up in the Bundesliga's winter shopping spree.

Like in England and Scotland, the transfer window closes in Germany, Spain, Italy and France on Friday evening, but the most notable deals in Europe happened before January had begun.

Haaland, the 19-year-old Norwegian prodigy, agreed his move from RB Salzburg in late December. He has scored five goals in just two appearances for his new club.

"The market is limited, the supply of players is limited and the willingness to let someone go is also limited," claimed Dortmund sporting director Michael Zorc, but they got their man for an initial transfer fee of around 20 million euros ($22 million), not including other payments built into the deal.

German clubs have spent over 150 million euros on transfer fees alone in this window, with much of that coming from the ambitious Hertha Berlin. On Thursday the capital club, coached by Jurgen Klinsmann, announced the signing of Polish striker Krzysztof Piatek from AC Milan.

In Spain, meanwhile, the window has proved something of a damp squib for La Liga's leading clubs.

Both Barcelona and Atletico Madrid failed in their pursuit of a striker. Indeed, Barca spent the start of the new year preoccupied with changing their coach, as Quique Setien replaced Ernesto Valverde in the dugout.

The Catalans did want Valencia striker Rodrigo Moreno but negotiations broke down, while Atletico's hopes of signing Edinson Cavani from Paris Saint-Germain also ended in disappointment.

Instead Atletico -- 10 points behind La Liga leaders Real and with just 22 goals scored in 21 games -- have brought Belgian winger Yannick Carrasco back for a second spell as he joins on loan from Chinese outfit Dalian Yifang.

Atletico had been prepared to pay up to 15 million euros for Cavani, but even that amount could not persuade PSG to part with a striker who is out of favour and will be out of contract at the season's end.

"We never wanted to sell him but there was a time when we were studying offers," PSG sporting director Leonardo said on Friday.

"I don't think six and a half years at a club can be wiped out in just two weeks of talks."

Cavani signed for PSG in 2013 and has gone on to become their all-time leading scorer with 198 goals, but he has played second fiddle this season to on-loan Inter Milan striker Mauro Icardi.

PSG, for once, have not spent any money in this transfer window, with Lyon and Monaco -- both off the pace in Ligue 1 -- the busiest clubs in France.

In Italy, Inter's recruitment strategy has raised eyebrows, with Antonio Conte's side raiding the Premier League to sign Christian Eriksen from Tottenham Hotspur and bringing in both Ashley Young and Victor Moses on short-term deals.

But the really eye-catching move was confirmed in late December, when Zlatan Ibrahimovic, now 38, made his return to AC Milan as a free agent on an initial six-month deal.

"I'll fight together with my teammates to change the course of this season. I will do everything to make it happen," he said on arriving.

Milan were in the bottom half when he joined and had just been beaten 5-0 by Atalanta. They are unbeaten in six games since, winning their last five to climb up to eighth in Serie A and reach the Italian Cup semi-finals, and the Swede has scored twice. 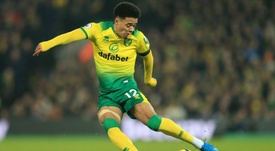