Gennaro Gattuso's debut as Napoli coach ended in a 2-1 injury-time defeat to Parma on Saturday as last season's Serie A runners-up extended their winless run to eight league games.

Gattuso took over after Carlo Ancelotti was sacked despite Napoli's 4-0 Champions League win over Genk booking their place in the last 16 in midweek.

But the former AC Milan coach's reign got off to the worst possible start as the southerners drop to eighth -- 17 points behind leaders Inter Milan who play Fiorentina on Sunday.

Gervinho struck the winner in the third minute of injury time after Dejan Kulusevski had put Parma ahead after just four minutes in Naples.

Arkadiusz Milik pulled the hosts level on 64 minutes in the game which had been delayed after high winds damaged the roofing of the San Paolo Stadium.

"This team is suffering psychologically," said Gattuso, "paying for the fact that it has not won (in the league) for 50 or more days.

"The mirror of the current situation was the first ten minutes. It's tough, as are the whistles of the fans. There's a lot of work to do."

Kulusevski struck early as defender Kalidou Koulibaly lost control of the ball minutes into the game.

The Senegalese defender went off with a thigh injury just after his blunder, with Parma also losing striker Andreas Cornelius to injury after quarter of an hour.

Gattuso brought on Dries Mertens after an hour with the Belgian setting up Milik to head past Sepe, the Polish striker following on from his hat-trick against Genk.

Gervinho threatened when he raced up the pitch, past the Napoli defence with Alex Meret stopping with his foot.

The Ivorian finally broke through three minutes into added time, scoring after a counter-attack with Kulusevski.

"Insigne? He's not the problem, he's not the only one who played badly," said Gattuso as Napoli sit eight points off the Champions League places with their last win against Verona on October 19.Â

Gattuso missed out on the Champions League places with AC Milan last season.

But the former World Cup winner with Italy, conceded Napoli's situation was different as it came against a backdrop of past success.

"Milan was a team in trouble, coming out of four or five problem years," said Gattuso.

"Here everything that is happening is something new.

"In the past few years 80 percent of these players have always come second or third and are not used to not winning in the league for 50 days.

"They find themselves dealing with a situation they have never experienced, and are paying for this."

Napoli travel to Sassuolo on December 22 for their final game before the winter break.

"Fourth place? More than thinking about that right now we have to work to improve ourselves and think game by game," added Gattuso.

Parma coach Roberto D'Aversa believes that both they and fourth-placed Cagliari are proving they can match the top teams.

"Coming here and conquering the three points was not easy," he said, as seventh-placed Parma target a return to Europe for the first time since 2007.

Parma qualified for the Europa League in the 2014-15 season, but lost their place amid a dispute over income tax payments.

Substitute Manolo Gabbiadini struck five minutes from time off a Karol Linetty cross to hand Sampdoria a 1-0 win in a relegation battle against city rivals Genoa.

Claudio Ranieri's side are two points above the drop zone ahead of Brescia who beat Lecce 3-0.

"Winning the derby is always important," said Ranieri who has now won all four major Italian city derbies as a coach in Rome, Milan, Turin and Genoa.

"It was a difficult game, played with a knife between the teeth. Both of us are fighting against relegation."

"We cannot get distracted," continued the former Leicester manager. "We are not out of the quicksand yet."

Genoa are second last in the table, four points from safety. 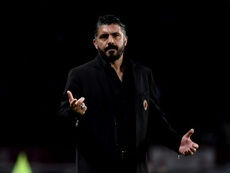 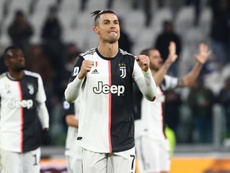 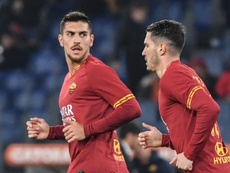 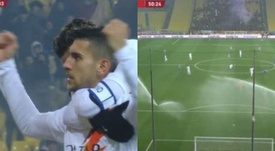