Lyon head coach Rudi Garcia told his side to "remain humble" after a surprise 1-0 Champions League win over Juventus.

Lucas Tousart's 31st-minute goal helped Lyon to a home victory in the first leg of the last-16 tie on Wednesday.

Garcia was delighted with Lyon's performance, particularly in the first half at Groupama Stadium.

"I am very happy with the victory and the match. We had two sides to our play," he said, via the club's website.

"In the first period we defended very well, we conceded nothing and we managed possession by creating chances. We rose to the level of the occasion.

"In the second period we had more difficulties because Juventus pressed and pushed to attack, but I liked the fact that we hung on and defended as well as we did.

"It was essential not to concede a goal and we will have to try to score at Juventus Stadium in the return to qualify. Now we must remain humble, we are at half-time of this tie.

"Juventus are not beaten every day. We rose to the occasion by competing and dominating Juventus. We gave a lot of effort and we ran a lot. We must now rest for Sunday."

The return leg will be played in Turin on March 17. 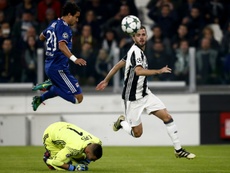 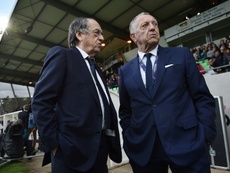 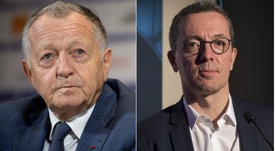 Aulas wants season to be ended