Scott Parker's side won for just the second time in the league this season thanks to Ademola Lookman's 30th minute opener and Ivan Cavaleiro's penalty eight minutes later.

Fulham had missed three of their four previous penalties this term, but Cavaleiro held his nerve to convert from the spot for the crucial second goal.

Harvey Barnes scored for Leicester in the 86th minute, but Fulham held on and move one point above the bottom three.

"Cav slipped last week and I'm not on Twitter or Instagram but I can only imagine what was being said, the jokes at his expense and Cav would have seen that," Parker said of Cavaleiro's recent penalty miss against Everton.

"The courage to step up there are the things we need. There's no denying there's relief. I've spoken to them about not letting defeats cripple us."

It was an emotional success for the Cottagers, with Lookman celebrating his goal by displaying one of Papa Bouba Diop's Senegal shirts after Fulham's former midfielder died aged 42 at the weekend.

"That was a decision we as a club made and the players were happy to do it. For someone to lose their life at a young age is tragic," Parker said.

Leicester would have gone second with a win, but instead they remain fourth -- three points behind leaders Tottenham -- after a second successive league defeat.

At the London Stadium, West Ham earned a third successive victory after Villa striker Ollie Watkins missed a late penalty and then saw a stoppage-time equaliser disallowed by VAR.

West Ham got off to the perfect start in the second minute when Angelo Ogbonna made an astute run to the far post and rose above Matt Targett to head a corner past Emiliano Martinez.

Villa drew level in the 25th minute when Jack Grealish ran at the West Ham defence before letting rip with a 20-yard drive that took a slight deflection on its way past Lukasz Fabianski.

West Ham regained the lead in the 46th minute after an inspired substitution from David Moyes.

Moyes sent on Said Benrahma at half-time and with his first touch the winger chipped in a cross to Jarrod Bowen, who glanced a deft header over Villa keeper Emiliano Martinez for his fourth goal of the season.

Villa winger Trezeguet won a penalty in the 74th minute when Declan Rice tugged at his shirt to prevent him having a shot.

Watkins has been in fine form this season, but he let West Ham off the hook as his penalty hit the bar.

There was more misfortune to come for Watkins in the final moments when he swept home from close-range, only to see the goal chalked off for the narrowest of offside decisions.

"We got fortunate that in some way it was offside. I think we can play much better, but I'm taking tonight's result," Moyes said.

Frustrated Villa boss Dean Smith added: "We've missed a penalty and had a goal disallowed for a part of the body that can't put the ball in the net.

"The only reason Ollie Watkins' arm is out there is because he's fouled. He either scores or it's a penalty."

Smith was also angry that Grealish was called a cheat by one of West Ham's backroom staff.

"One of their members of staff called Jack Grealish a diver and a cheat. I spoke to David (Moyes) and he said he'd deal with it," Smith said. 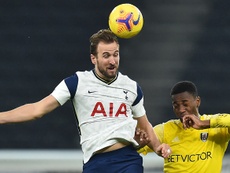 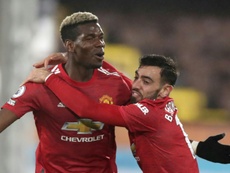 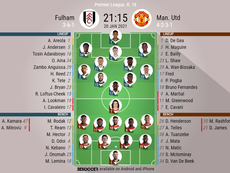 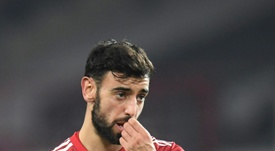