In 2012 the Spanish side become the first outfit to be banned from European competitions for FFP breaches after an exclusion for overdue transfer payments.

The La Rosaleda club are now fighting for their safety in the Spanish second tier.

The seven-time European champions were barred from continental competitions in 2019 because of losses of 500 million euros ($566 million) despite qualifying for the Europa League.

Two years earlier they were saved from a ban by CAS as the club was sold by Silvio Berlusconi to Chinese businessman Li Yonghong who then unloaded the San Siro giants to the American investment fund Elliott.

The Rossoneri have failed to reach the Champions League for the past six campaigns and are set to miss out again on the top-tier continental competition next season.

Bought by the sovereign Qatar Sport Investment group in 2011 the Ligue 1 champions have been suspected of financial doping due to overly-inflated sponsorship deals.

The Parisians' signings of Neymar for a world-record fee of 222 million euros and Kylian Mbappe in 2017 caught the attention of UEFA.

PSG are now attempting to decrease their dependance of financial support from Qatar and in March 2019 CAS said the investigation into the club was closed.

The Serbians were banned from the Champions League in 2014 because of unpaid bills before beating eventual winners Liverpool on their return to the group stage last season.

A year later Dynamo Moscow had their qualification for the Europa League scrapped for failing to comply with FFP rules and have now returned to the Russian Premier League after one season in the second tier.

In 2016 Galatasary were handed the same sanction for also failing to comply to UEFA's regulations and have won the Turkish league twice since then.

Despite the club being purchased by US businessman Frank McCourt in 2016, the French club's finances remain in trouble.

They will also only receive 85 percent of the prize money for their participation in continental competitions for the next two seasons and saw their European squad limited to 23 players until 2022-2023.

OM will return to the top table of European football next season for the first time since 2014 after finishing second in Ligue 1.

Clubs such as Sporting Lisbon, Zenit Saint Petersburg and Fenerbahce have also come under UEFA's microscope and have been handed various punishments. 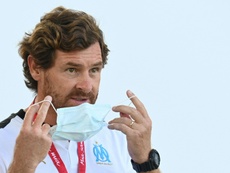 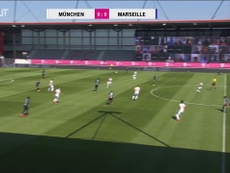 City may avoided FFP sactions once, but it does not means they can avoid it again 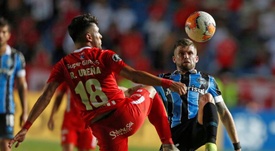