Freiburg pile pressure on Hutter with historic win at Monchengladbach

BeSoccer 1 month ago 1.5k
Freiburg were 0-6 up at half-time. AFP
Borussia Moenchengladbach coach Adi Huetter was under mounting pressure Sunday after his side slumped to a historic 6-0 humiliation at home to Freiburg, leaving them just three places above the Bundesliga drop zone.
End
Matchday 14
B. Mönchengladbach

Freiburg scored all six goals in an incredible first half as they rampaged to their highest ever Bundesliga win against a shellshocked Gladbach side.

Gladbach's joint second-heaviest top-flight defeat heaped pressure on Hutter, who has endured a mixed start since taking the reins at Borussia at the beginning of the season. The Austrian led Gladbach to a memorable 5-0 cup win over Bayern Munich in October but has won just five of his 14 league games in charge so far.

Gladbach were unbeaten at home going into this game, while Freiburg had not won a top-flight game in Moenchengladbach since 1995. All of that went out of the window as Freiburg tore through their hosts in a jaw-dropping first 20 minutes. Maximilian Eggestein and Kevin Schade both scored from open play in the first five minutes, while the next four goals all came from set pieces. Philipp Lienhart prodded in from close range at a free-kick and Nicolas Hoefler scored at a corner to make it 4-0 by the 20-minute mark.

Gladbach's calamitous dead-ball defending continued as Lucas Hoeler headed in from close range after the hosts failed to clear yet another free-kick. That made Freiburg the first Bundesliga side to score five goals in the first 25 minutes of a game since Gladbach themselves beat Eintracht Braunschweig 10-0 back in 1984.

Nico Schlotterbeck made it six before half-time, heading home a Vincenzo Grifo set-piece via a deflection off Ramy Bensebaini.

In Sunday's earlier game, new Hertha Berlin coach Tayfun Korkut began his reign with a hard-fought 2-2 draw against former club and fellow Bundesliga strugglers Stuttgart on Sunday. Montenegro striker Stevan Jovetic struck either side of half-time as Hertha fought back from two goals down to snatch a point in their first game under their new boss.

Stuttgart-born Korkut took the reins at Hertha after Pal Dardai's dismissal, his first Bundesliga job since a 10-month stint at Stuttgart in 2018. After a disastrous start to his first game in charge, his side rallied to pick up their third draw of the season and stay a place above Stuttgart in the table, two points clear of the bottom three. "Credit to my team for the way they fought back. We really deserved the point today," Korkut told DAZN.

Stuttgart took the lead after 15 minutes, Omar Marmoush hitting Hertha on the break and slotting a cool finish into the bottom corner. Philipp Foerster drilled in a long-range effort a few minutes later to double the lead for the hosts. Hertha's Ishak Belfodil had a goal ruled out for offside, before Jovetic pulled a goal back for the visitors with an elegant strike on 40 minutes. Korkut's side came out with new verve after the break and fully deserved their equaliser, a tap-in from Jovetic 15 minutes from time. 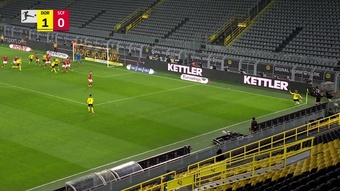 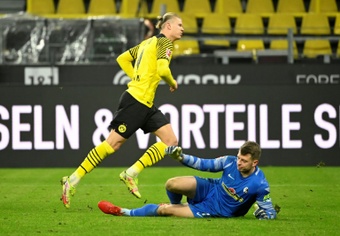 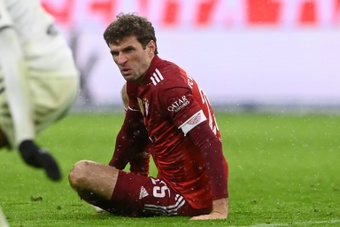 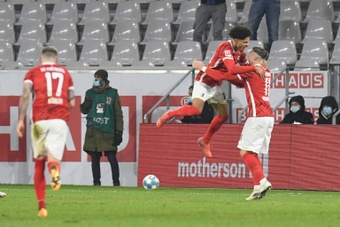 Freiburg poach win over Leverkusen to go third in Germany 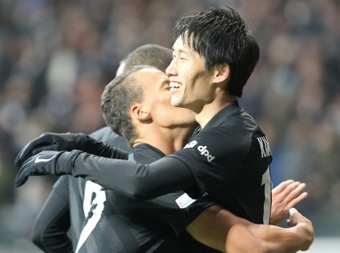 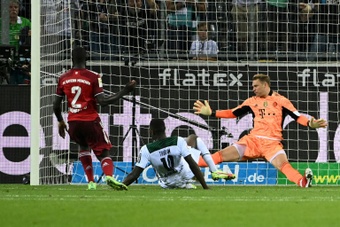 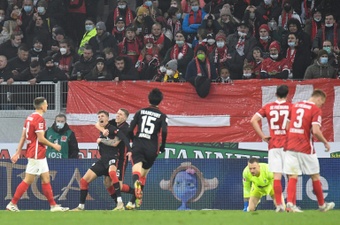