However, Bayer Leverkusen could replace them on Saturday should they defeat defending champions and league leaders Bayern Munich.

Petersen had only been on the pitch for a minute after replacing Roland Sallai when he powerfully headed home from a free-kick.

To make matters worse for Gladbach, their French striker Alassane Plea was red-carded in the second half.

French striker Marcus Thuram, who made global headlines last weekend when he took a knee to protest the death of George Floyd, was unable to breakthrough despite his side having the best of the first hour.

When Plea was sent-off, Gladbach's sporting director Max Eberl protested too vigorously through his anti-coronavirus face mask and was also dismissed. 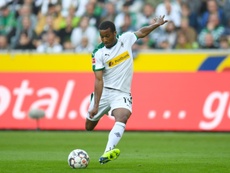 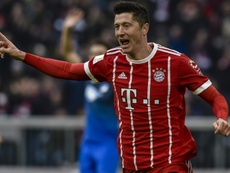 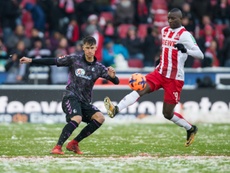 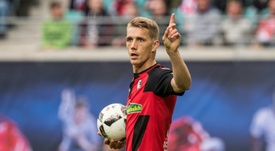