Liverpool travel to Salzburg on Tuesday needing to avoid defeat to the confident Austrian champions to guard against an embarrassing Champions League group stage exit for the holders.

Jurgen Klopp's men are used to getting through to the knockout stages the hard way. In each of the past two seasons they have needed home wins to secure a place in the last 16 before going on to make the final.

However, the spectre of a free-scoring Salzburg, led by the Champions League's top scorer in Erlin Braut Haaland spells trouble for an injury-hit Liverpool backline that has consistently leaked goals this season despite streaking clear at the top of the Premier League.

The Reds' recorded a first clean sheet in 14 games in Saturday's 3-0 win at Bournemouth, but lost another centre-back as Dejan Lovren limped off in the first half.

Should the Croatian miss the trip to Austria, Joe Gomez will be Klopp's only fit partner for Virgil van Dijk in central defence.

Van Dijk narrowly missed out to Lionel Messi in the battle for the Ballon d'Or last week in recognition of the transformative effect he has had on Liverpool's fortunes over the past two years.

But even the towering Dutchman has been incapable of stopping the steady flow of goals against in recent months.

Injuries have meant there has been a constant rotation of Lovren, Gomez and Joel Matip alongside Van Dijk, while the attacking impetus offered by full-backs Andy Robertson and Trent Alexander-Arnold leaves space in behind to be exploited.

Goalkeeper Alisson Becker also missed the first two months of the season due to a calf injury to further unsettle the backline.

The Brazilian is now back, but another injury to Fabinho has robbed the back four of the best player to protect them in the holding midfield role. 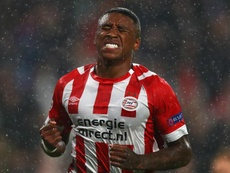 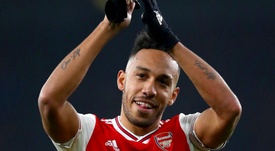