Fortuna Dusseldorf have been promoted back to the Bundesliga thanks to a last-minute winner, but Cologne have been relegated.

Cologne's relegation from the Bundesliga was confirmed on Saturday as Fortuna Dusseldorf returned to Germany's top division in dramatic fashion.

Rouwen Hennings scored a 90th-minute winner in a 2-1 victory at Dynamo Dresden that means Fortuna are back in the Bundesliga for the first time since 2013.

Cologne's stay in the Bundesliga is over, though, with a 3-2 defeat at Freiburg ensuring they can no longer climb out of the relegation zone.

A Nils Petersen double left Cologne 2-0 down, although Timo Horn saved a penalty for his side with the score at 1-0 and Leonardo Bittencourt dramatically gave the visitors hope with goals in the 82nd and 87th minutes.

However, when substitute Lucas Holer struck in stoppage time, Cologne - who needed to win to have any chance of avoiding relegation - were beaten and will drop down from the Bundesliga as a result.

Hamburg boosted their survival hopes with a 3-1 win at Wolfsburg, goals from Bobby Wood, Lewis Holtby and Luca Waldschmidt moving Christian Titz's side within two points of safety. 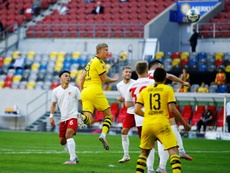 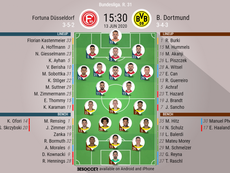 Fortuna Düsseldorf v B Dortmund - as it happened 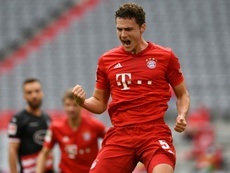 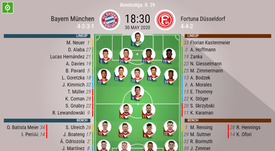