David Henderson, 67, was last month convicted by a jury in Cardiff for endangering the safety of an aircraft over the death of the 28-year-old striker.

He will also concurrently serve a three-month sentence for attempting to discharge a passenger without valid permission or authorisation.

Henderson had already admitted that charge, which typically concerns a business operator failing to acquire the appropriate licences to hire a plane commercially.

The single-engine Piper Malibu plane carrying Sala from France to join Cardiff City crashed into the sea near the Channel island of Guernsey on January 21, 2019, killing him and pilot David Ibbotson, 59.

Ibbotson, who regularly flew for Henderson, did not hold a commercial pilot's licence or a qualification to fly at night and his rating to fly the aircraft had expired.

"The lack of certificate was not a mere piece of paper. Air safety regulations and systems are designed to give effect to them and are written in blood," Foxton said.

"You were aware your aircraft operations were unlawful and took steps to make sure the operation was off the radar.

"This was illustrated by your message to Mr Ibbotson, which read: 'We both have the opportunity to make money out of the business model but not if we upset clients or draw the attention of the CAA'."

Sala had signed for Cardiff, who were then in the Premier League, for a club-record Â£15 million (18 million euros, $20 million) from French Ligue 1 side Nantes.

His impressive form prompted Cardiff manager Neil Warnock to sign him in the 2019 January transfer window to aid the Bluebirds' ultimately unsuccessful battle against relegation.

"Our thoughts remain with the families and friends affected by this tragic accident," said CAA safety director Rob Bishton.

"Illegal commercial flights represent a significant safety risk and that is reflected in the court's decision today.

"The aviation system relies on the integrity of all those involved. Anyone operating a commercial flight should always have the necessary licence and approvals in place."

A British air accident investigation report published in March last year concluded Ibbotson was not licensed to fly the plane or to fly at night.

It assessed that he lost control and flew too fast as he tried to avoid bad weather, and that both he and Sala were affected by carbon monoxide poisoning before the crash.

Sala's body was recovered from the seabed in February 2019 but that of Ibbotson has never been found.

Henderson said after the case in a statement through his lawyers that he would consider whether to appeal against the conviction and sentence.

"Now that the case is concluded in the Crown Court, Mr Henderson wishes to formally pay his respects to the families of Emiliano Sala and David Ibbotson," it added.

"It is important to point out that the Civil Aviation Authority have always accepted that the way in which the flight was arranged and operated did not cause the aircraft to crash." 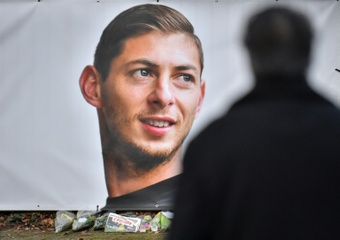 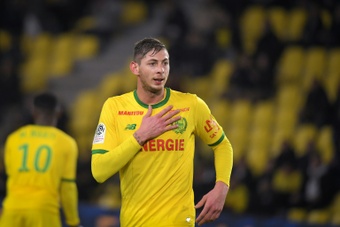 Owner of plane in Emi Sala crash 'forbade use of pilot'

Man on trial over Sala's death motivated by money: prosecutor