We thank you for joining us this afternoon! Tune back in during the month of August for more CHampions League coverage to come!

Some amazing matches! Which one will you be looking forward to?

A meeting between Real Madrid and Cristiano?

If Los Blancos beat Guardiola's team and the Italians do the same against the French, CR7 will meet his old team again.

If Zidane's team wins the first match and Setién's team wins the second, we could enjoy a thrilling 'Clásico' between Real Madrid and Barcelona in the Champions League semifinals.

Another novelty: there is a draw to see which team will play the 'home' advantage in the final.

Now onto the semi-finals:

Here are the results for the quarter-finals, which will be played August 12-15 (Lisbon)

A reminder of the draw as Paulo Sousa gets it started!

Each team has virtual representatives following along online due to the situation...

Host Pedro Pinto has been discussing the changes that have had to be made because of COVID-19. The final was expected to be held in Istambul this year, but travel restrictions have forced it to be held in Lisbon, Portugal. We speak to Paulo Sousa who explains the proceedings and he will conduct the draw.

A quick review of what has happened in the past three months...

Due to social distancing measures, club representatives are not present in Nyon but are instead following it all on a live stream, like the rest of us. The master of the ceremony Pedro Pinto is speaking to Juventus legends Pavel Nedved and Giorgio Chiellini.

The event has started! Which team are you looking out for?

Here is some key info before we get started:

There are four teams already qualified for the quarter-finals:

There are four round of 16 ties still to be concluded:

How do the draws work?

Where will the games take place?

This season's quarter-finals, semi-finals and final will be played as a straight knockout tournament in Lisbon, Portugal in August. All these ties will be single-leg fixtures. The games will be split between Benfica's Estádio do Sport Lisboa e Benfica (which will host the final) and Sporting CP's Estádio José Alvalade

Hello and welcome to our live coverage of this Champions League quarter final draw!

It's been a different year, to say the least, which is why we are blessed (or is it cursed) with UCL football in August.

There are many questions about the current format considering the situation, which UEFA took their time to cover: 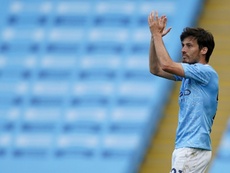 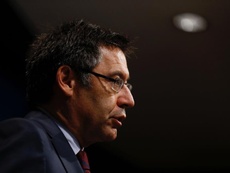 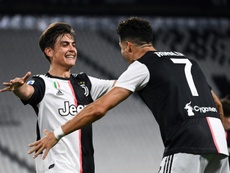 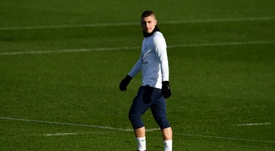