Having not had a Premiership penalty in exactly 11 months, Rangers found themselves with two inside 26 first-half minutes at Fir Park.

Tavernier tucked both away as he extended his scoring streak to six goals in six games.

Jordan Jones made the most of his first league start since August 2019 as he curled home his first Rangers goal.

Cedric Itten opened his Rangers account with a late double for Steven Gerrard's side.

George Edmundson's late own goal was little consolation for Motherwell, who have given away eight penalties already this term.

Having been rudely awakened by Willem II's supporters setting off fireworks in the early hours before their midweek Europa League clash, Gerrard's men were treated to more pyrotechnics as Motherwell fans let off some rockets outside Fir Park at kick-off.

But it was Rangers who exploded into life, taking the lead after 11 minutes when Tavernier scored from the spot after Bevis Mugabi's handball.

Rangers went two up on 28 minutes as Scott Arfield measured a perfect pass for Jones to fire home.

When Liam Grimshaw used an arm to stop a Ryan Kent corner, Tavernier went the other way this time to convert his second penalty.

Itten' netted on 75 minutes as the Swiss international took a touch on the edge of the box and crashed into the top corner before netting again four minutes later as he bundled home Tavernier's corner.

Edmundson was left red-faced in the 87th minute when he allowed Sherwin Seedorf's corner to bounce into his own net off his head. 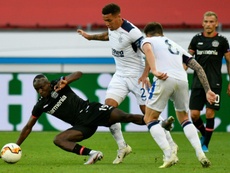 The right back England and Southgate are overlooking 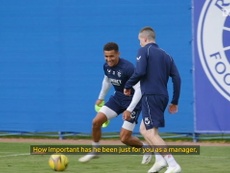 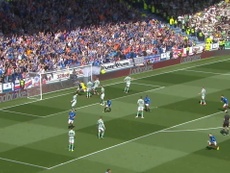 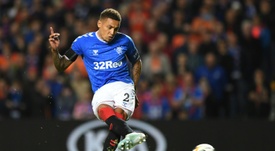